“We reimagined Windows,” said Steven Sinofsky, president of the Windows and Windows Live Division at Microsoft, in his keynote address to the thousands of developers in attendance. “From the chipset to the user experience, Windows 8 brings a new range of capabilities without compromise.” 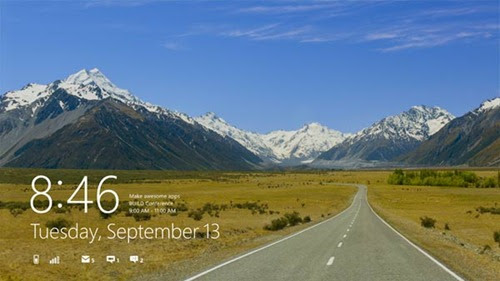 MS has decided to offer Windows 8 in 4 milestones just like they did with Windows 7, i.e. Developer Preview, Beta, RC and RTM. Soon, Windows 8 Developer Preview would be officially available for download both for 32-bit and 64-bit systems. It is a Free download that developers and testers can get to have first impressions of Windows 8 early build. Anyone can download the Windows 8 Developer build without requiring a MSDN or TechNet account. Moreover, you also don’t need to have a Live ID to get it. 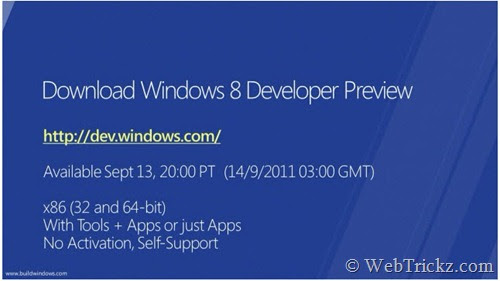 Windows 8 Test version doesn’t requires an activation and offers no support. Also, Windows 8 preview build requires a clean installation, you cannot upgrade or install it on your current Windows 7 installation.

Note: This is a developer release that is not meant to be used for daily usage as it may encounter bugs and wont be completely stable.

Update: The preview build does not include every feature shown in the Build Keynote.  The Developer Preview release DOES NOT include the Windows Store, Windows Live Metro style apps, and some of the user interface features. The focus of the preview is the API and development tools for building Metro style apps.