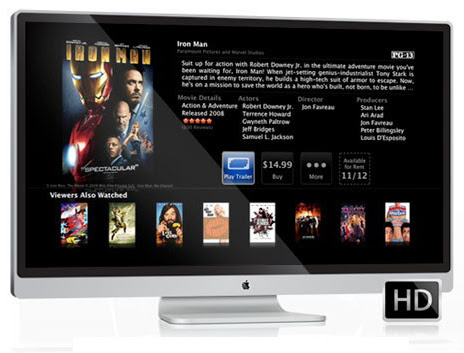 Apple has reportedly met with top media executives to discuss the company’s vision of the television market’s future, suggesting that the company is moving full steam ahead on its rumored Siri-powered HDTV. The television is expected to include similar technology to the company’s current Apple TV set top box, which allows users to stream content such as movies, music and photos over a wireless network. Apple senior vice president Eddy Cue has reportedly been in the aforementioned meetings and has pitched the idea of  a television that could be controlled by voice or motion, seemingly similar to Microsoft’s Kinect technology, and Cue has discussed “new ways Apple’s technology could recognize users across phones, tablets and TVs,” The Wall Street Journal said Monday. Steve Jobs was said to have been working on a prototype for several years before his passing in 2011. It remains unclear when such a product might hit the market, although early rumors have suggested it will use a display provided by Sharp and will launch in mid-2012.