Back when the iPad was still just a rumor, the Wall Street Journal reported that one of the features that Apple had been working on with their upcoming tablet was the ability to recognize users by face.

One person familiar with the matter said Apple has put significant resources into designing and programming the device so that it is intuitive to share. This person said Apple has experimented with the ability to leave virtual sticky notes on the device and for the gadget to automatically recognize individuals via a built-in camera. It is unclear whether these features will be included at launch.

The effort was part of Apple's efforts to make their new tablet a multi-user device. Facial recognition, however, never made it into the iPad, but a newly published patent application gives us insight into this feature that didn't make it into the shipping product. 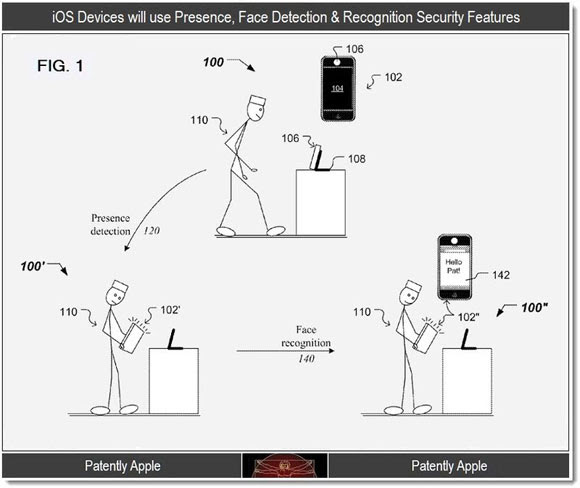 AppleInsider notes that the new patent application offers a way for multiple users to share a device:

The filing provides a simple way for multiple users to share a single device, like an iPad. Each user could customize their personal profile with unique wallpaper, applications and settings, and that profile would be immediately accessed once the iPad recognizes a user's face.

The face detection system reportedly could be a low-power system that is always active, allowing face detection to be the primary method to unlock your iOS device. Apple's patent was filed in June, 2010, soon after the first iPad was introduced.
Face recognition as a security measure, however, has some possible flaws. Google's Android recently introduced a Face Unlock feature as well, but reports have suggested it can be fooled by a photograph of the user.