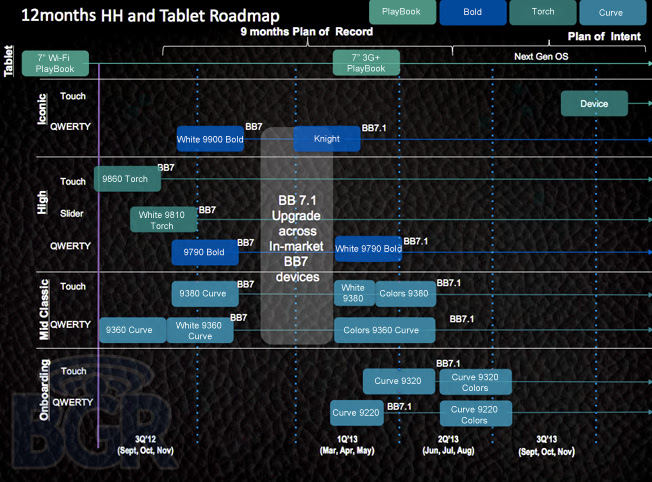 We reported on RIM’s 2012 release schedule earlier this week and now we’re back to paint a more complete picture with RIM’s full 2012 roadmap, which is loaded with information. The deck provides details on everything from the company’s upcoming BlackBerry PlayBook with built-in 3G, to the new Curve lineup including the BlackBerry Curve 9220 and BlackBerry Curve 9320, to new features like Wi-Fi media server sharing and more. From the calendar in the document, it looks like the first BlackBerry 10 smartphone, codenamed London, is currently scheduled for release in late September, but could be pushed to October based on the roadmap, which is a long way off considering we’re looking a a relatively slow three quarters leading up to BlackBerry 10. We’ve dropped 15 slides from this massive deck into a gallery, so check out all of the images below!