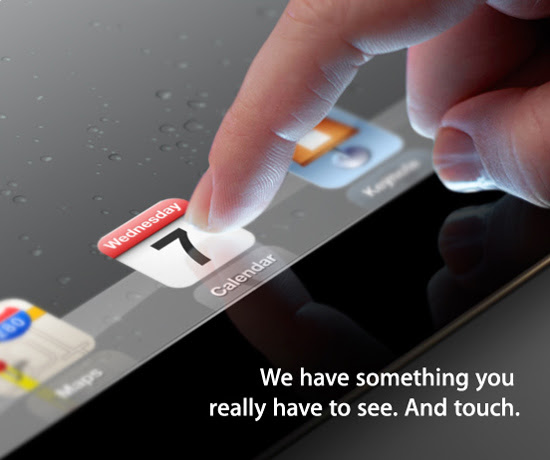 Apple’s next iPad is here, and it’s officially called the iPad HD. Just moments ago, Apple CEO Tim Cook introduced the tablet on stage, and it indeed features an unbelievable 9.7-inch Retina Display. It looks like the form factor has not changed significantly, which is consistant with dozens of rumors and reports leading up to today’s unveiling.

The new iPad also features a quad-core Apple A5X processor confirming an earlier report of ours.