iPad to be available at 8AM this Friday 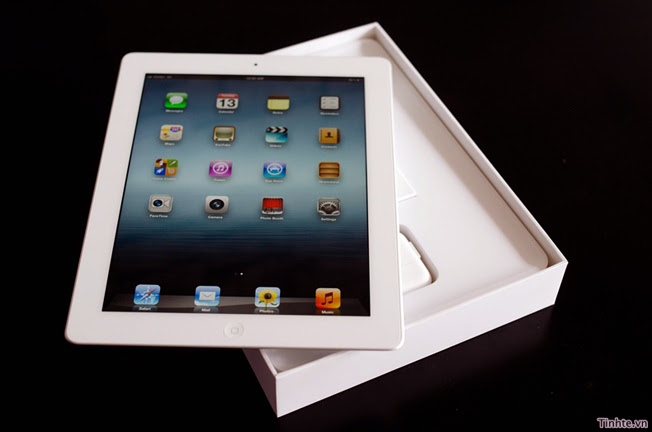 Apple has just confirmed that the company’s brand new iPad will be available for in store purchase starting at 8:00 a.m. local time this Friday from Apple retail stores. AT&T and Verizon stores, in addition to authorized Apple retailers like Best Buy and Target (pronounced: tar-jay) will also be selling the iPad in the United States. Apple’s iPad will also make its way around the world in the company’s fastest product roll-out ever, touching down in Australia, Canada, France, Germany, Hong Kong, Japan, Singapore, Switzerland and the United Kingdom.

CUPERTINO, California―March 14, 2012―Apple® today announced the new iPad®, the third generation of its category defining mobile device, will arrive at Apple’s retail stores and the Apple Online Store (www.apple.com) on Friday, March 16 at 8:00 a.m. local time in the US, Australia, Canada, France, Germany, Hong Kong, Japan, Singapore, Switzerland and the UK; along with Puerto Rico and the US Virgin Islands.

The new iPad features a stunning new Retina™ display, Apple’s new A5X chip with quad-core graphics and a 5 megapixel iSight® camera with advanced optics for capturing amazing photos and 1080p HD video and still delivers the same all-day 10 hour battery life* while remaining amazingly thin and light. iPad Wi-Fi + 4G supports ultrafast 4G LTE networks in the US and Canada, and fast 3G networks around the world including those based on HSPA+ and DC-HSDPA.** Additionally, iPad 2 is available at a more affordable price starting at just $399.

Every customer who buys a new iPad at an Apple retail store will be offered free Personal Setup service, helping them customize their iPad by setting up email, loading new apps from the App Store™ and more, so they’ll be up and running with their new iPad before they leave the store. Personal Pickup, available at Apple retail stores in the US and a feature of the free Apple Store® app, lets iPad customers shop and buy from anywhere they are, then pick up their purchase at any Apple retail store. In the US the new iPad will also be available at Best Buy, Radio Shack, Sam’s Club, Target and Walmart.

**4G LTE is supported only on AT&T and Verizon networks in the US and on Bell, Rogers and Telus networks in Canada. Data plans sold separately.

Apple designs Macs, the best personal computers in the world, along with OS X, iLife, iWork and professional software. Apple leads the digital music revolution with its iPods and iTunes online store. Apple has reinvented the mobile phone with its revolutionary iPhone and App Store, and is defining the future of mobile media and computing devices with iPad.