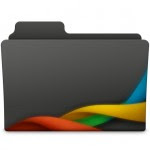 Earlier this week, we noted that Microsoft had pulled its Office for Mac 2011 Service Pack 2 from Microsoft AutoUpdate after users reported issues with Outlook database corruption. While the issues could be fixed and the update remained available for those looking to manually rebuild their databases and install the software, Microsoft opted to remove SP2 from AutoUpdate in order to protect those users who were unaware of the potential issues with the update.
Microsoft today announced that it has released an update to SP2, known as Microsoft Office 2011 14.2.1.

This update is primarily preventative and targets those who have not yet installed SP2; however, whether you have or have not installed SP2, please run this update to bring your installation of Microsoft Office:Mac 2011 to the latest version.