The disappearance of Google Reader has been a long time coming, and this particular web based RSS reader is now no more. The chances are you have a number of starred items saved in Reader, and if you're quick you still have time to create a backup so the data can be transferred to another service.

Google Reader officially shut up shop on 1 July 2013. While your notes and starred items can no longer be accessed, it does not mean that they are gone forever.

Thank you for stopping by.

Google Reader has been discontinued. We want to thank all of our loyal fans. We understand you may not agree with this decision, but we hope you'll come to love these alternatives as much as you loved Reader.

Providing you do so before 15 July 2103 (so you have less than a fortnight), you can use Google Takeout to safeguard your data before it is deleted forever.

There's nothing to stop you from downloading all of your Google data at once, but for now we're only interested in Google Reader. Click the Choose Services button at the top of the page and then click the Reader button.

Takeout is rename Takeaway in some parts of the world

You'll be shown a summary that indicates the approximate size of the backup that will be created along with the number of files. When you're ready to continue, click the Create Archive button at the bottom of the page. 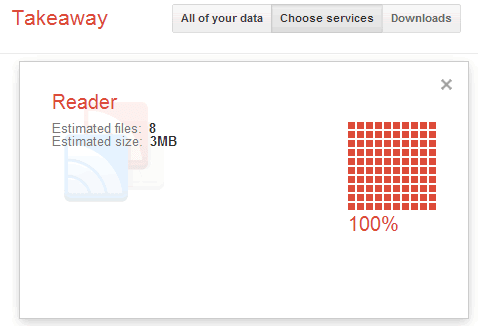 You should find that the backup does not take long to create. A progress bar will be displayed while the archive is built and you can then click the Download button to save it to your hard drive.

With your backup created, you can save it for posterity

You may well find that you're asked to log back into your account -- this is an extra security measure -- but you'll have your data very quickly.

Extract the contents of the zip file and you'll find a series of files including an XML document that can be used to import your old feed subscriptions in to another reader.

Note that most RSS services ask for an OPML file. It is usually no problem to select the subscriptions.xml file as is the same format that they come to expect.

The various JSON files -- covering starred items, notes and more -- can be viewed by installing a browser extension such as JSONView which is available for Chrome and Firefox.

With the browser extension installed you can import your starred items as bookmarks. This does mean that you will have to gradually sift through them all an organize them in a manageable way, but at least all of your data is still available to you. 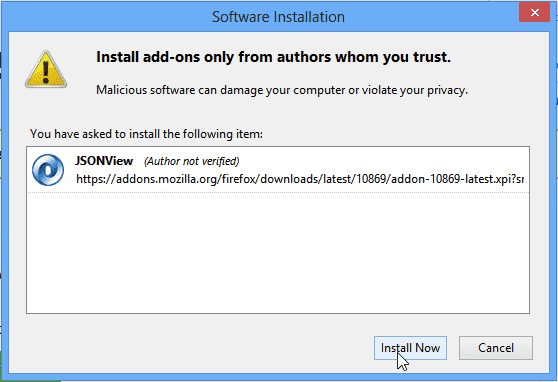 The import process is not as simple as you might first think. Start by opening a new tab and then drag the starred.json file from your extracted archive onto the browser window -- or you can hit Ctrl + O to browse to the file. Here we're working Firefox even though the bookmark will later be used in Chrome - the conversion process works better.

With the json file loaded, save the page as an HTML document -- this can then be easily imported. Click the Firefox menu and select Save Page As before opting to save it as an HTML file. 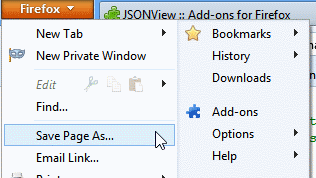 Once the HTML file has been created, it can be imported into whatever web browser you happen to prefer. In Firefox you'll need to click the Firefox menu followed by Bookmarks. Click the Import and Backup button followed by Import Bookmarks from HTML.

You'll end up with one large, unsorted list of bookmarks, but you can then manually organize those pages that you had previously starred.

The post Google Reader is Dead and Buried — Now You Have a Limited Time to Back Up Your Data appeared first on gHacks Technology News | Latest Tech News, Software And Tutorials.