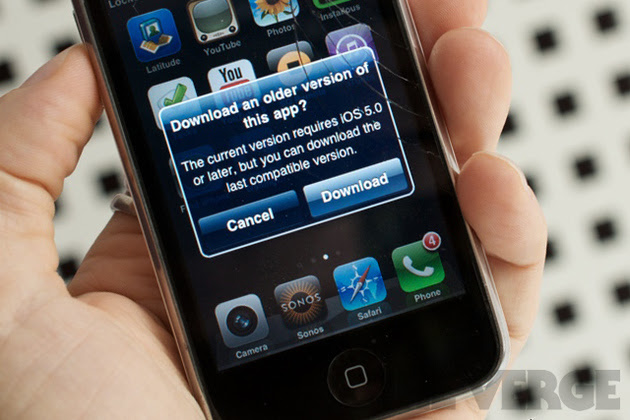 With every generation of iOS, there's always a device that's left behind. This year, it's the iPhone 3GS' turn to become outdated, as the four-year-old smartphone will not be updated to Apple's new iOS 7. The inevitable march of technology, however, has often left users unable to download many apps that require the latest version of iOS — until now. A Reddit user reveals that Apple now allows users with older devices to download an older version of an app.

It's a very good move from Apple: the under-the-hood changes between iOS 6 and 7 are huge, and it's likely that many developers will quickly move to take advantage of the new APIs and features. The decision will allow developers to continue to improve upon their apps with less worry of disenfranchising past customers. Of course, it's not a bullet-proof strategy: if an app plugs into an external resource like the Twitter API, past versions of the app could well be useless. We've verified the news, installing both Twitter and Instagram onto an old iPhone 3G, and it seems unlikely the behavior is limited to those apps.