Microsoft finally makes it easier to shutdown your PC in Windows 8.1 Update 1

- January 25, 2014
Microsoft finally makes it easier to shutdown your PC in Windows 8.1 Update 1
The Verge 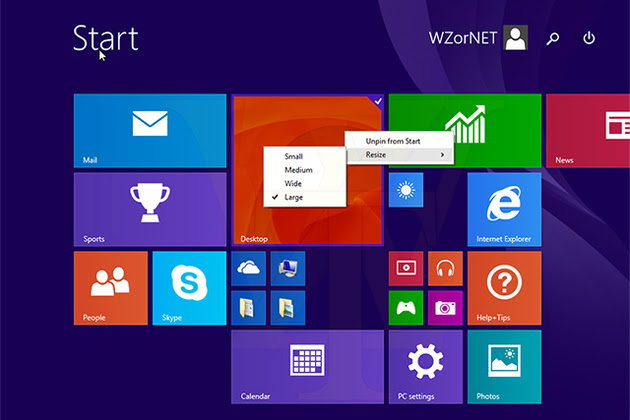 Microsoft is readying a number of improvements to win over desktop PC users with Windows 8.1 Update 1. In the latest round of screenshots from Russian leaker WZor, it appears some of those changes will make it easier for PC users to shut their machines down. The shutdown and restart options are clearly repositioned on the Windows 8.1 Start Screen in the latest Update 1 screenshots, alongside a new search button. It also appears you can right click on Live Tiles and get a context menu for options to resize, pin, and uninstall. It's a subtle change from having to right click and then move to the app bar at the bottom of the display to manage the options.

Shutdown and restart options are no longer hidden away

While the position of shutdown options seems like a minor point, one criticism with Windows 8 is the way the shutdown and restart options have been hidden away under the new settings options on the Charms Bar. You can also access them by right clicking on the new Start button in Windows 8.1, but for consumers it's frustrating to have to learn where the shutdown options have vanished to. For businesses it's also an additional training point that employees need to learn. Windows 8 does support the option to shutdown a machine by pressing the physical button, but that's not ideal if a desktop PC is located under or a desk or you simply want to restart it. 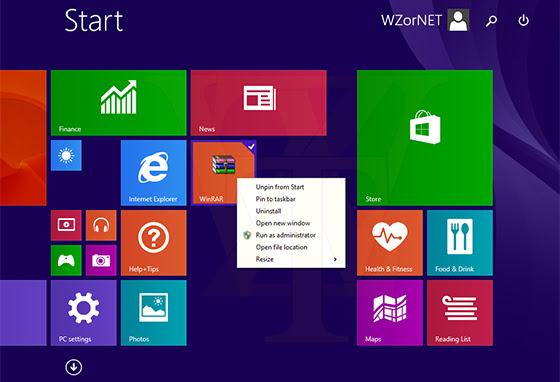 It's encouraging to see Microsoft finally address some more of the frustrating points of Windows 8 for desktop PC users. Original feedback over the unusual shutdown positioning was disregarded as the "same number of clicks now and similar mouse travel" by Microsoft's official Windows 8 engineering Twitter account — run by former Windows chief Steven Sinofsky. Since Sinofsky's abrupt departure, shortly after the Windows 8 release, Microsoft has made a number of changes in Windows 8.1 and appears to be reversing and fixing some of Sinofsky's decisions on the product.

Windows 8.1 Update 1 is largely focused at making the operating system easier to use for business users. Microsoft is taking the first steps towards a "Metro" and desktop merge, with the ability to pin and interact with Metro apps from the desktop taskbar, and new Media Center-like close and minimize options for Metro apps. Windows 8.1 Update 1 is expected to be released on March 11th, ahead of Microsoft's Build conference in April where the company will likely detail further improvements for the upcoming Windows 9 release.