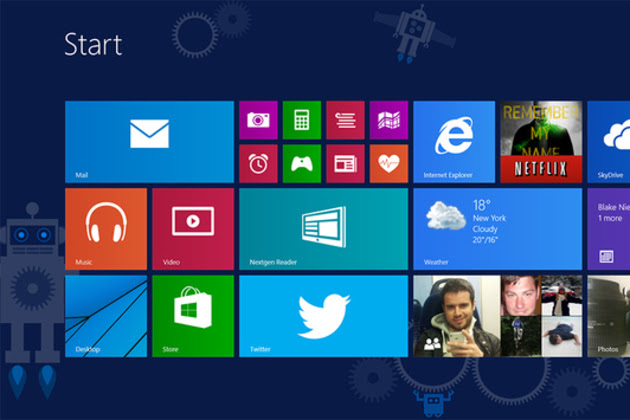 Screenshots of Microsoft’s next Windows 8 update, expected to be named 8.1 Update 1, have surfaced recently, and reports suggest it may be released in March. ZDNet reports that Microsoft is targeting a March 11th release date for the update, the same day the company releases its monthly security patches. While Microsoft has still not acknowledged Windows 8.1 Update 1 officially, many had expected the company to detail it at the upcoming Build developers conference in April. Instead, it appears Windows 8.1 Update 1 will be a minor update released before Build takes place.

ZDNet suggests most of the work is related to decreasing the footprint of Windows 8.1 for low-cost tablets, and The Verge can confirm that’s one particular aim for this update. Other changes include the ability to pin Windows 8-style (“Metro”) apps to the taskbar, and Media Center-like close and minimize buttons on Metro apps. While Microsoft is looking to merge the desktop and Metro worlds a little more closely in future updates, Windows 8.1 Update 1 simply includes smaller refinements towards any significant changes that may arrive in Windows 9. Microsoft is expected to detail its Windows 9 plans at Build in April, alongside a full unveiling of Windows Phone 8.1.