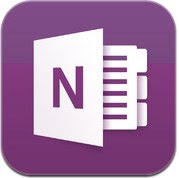 Microsoft is working on a version of OneNote for the Mac that will debut later this month, claims The Verge. This release will expand the note-taking software beyond its roots as a paid desktop app for Windows users and will complement the mobile apps that exist on iOS and Android.

According to The Verge's report, Microsoft will drop the price on the note-taking app and release it for free to both OS X and Windows owners. The latest version of OneNote also may include companion web-clipper extensions that plug into popular browsers like Chrome, Firefox and Internet Explorer. These plug-ins will make it easy for people to grab snippets from web pages and immediately share them with the OneNote app.

Microsoft hopes the price drop along with new web-clipping feature will make OneNote attractive to customers who currently use competing note-taking apps such as Evernote.

We understand that Microsoft will release the OneNote for Mac app for free, and the company is also planning to make the Windows desktop version available at no extra cost. This marks a significant change in the way Microsoft manages OneNote, unbundling it fully from the cost of Office. We're told part of this free approach is targeted at competitors like Evernote, but Microsoft is also adding additional features to entice people away from the competition.

The launch of OneNote is part of a larger push by Microsoft into the Apple ecosystem. The company is rumored to be working on a new version of Office for the Mac that may debut later this year as well as Office for the iPad that allegedly is coming soon.