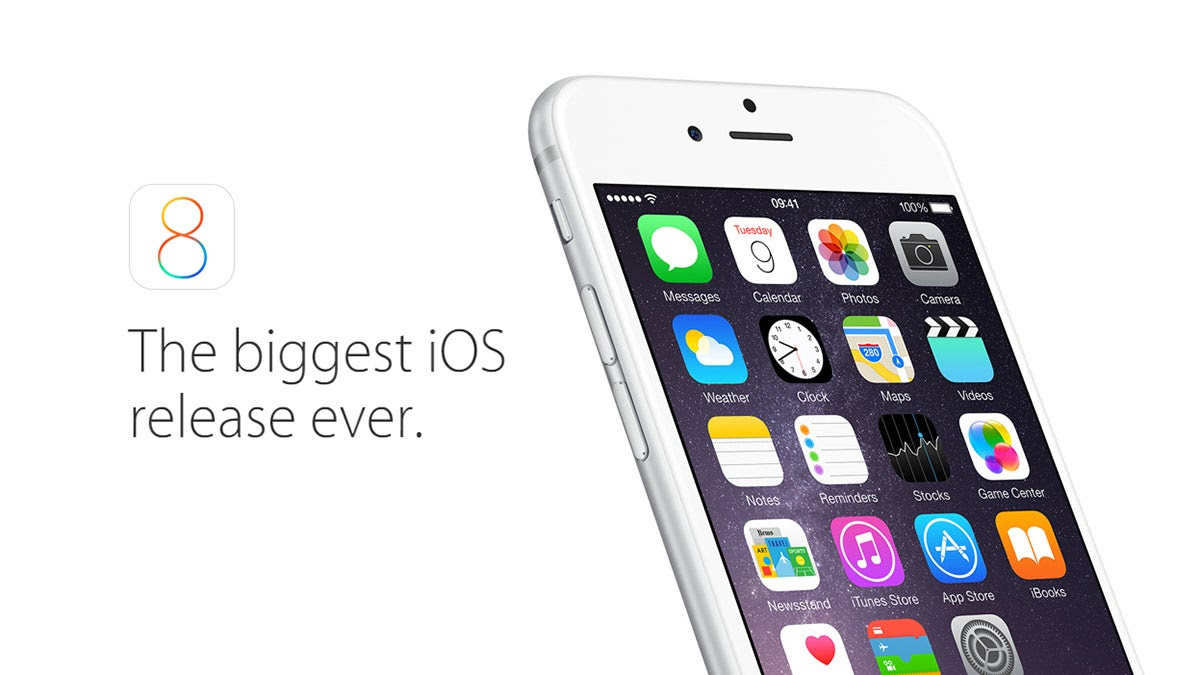 Load up iOS 8 and you might not notice the difference straight away, but there are plenty of little tweaks and changes behind the scenes. Here are 25 different things you can do on your device that you couldn't do yesterday.

That's right—it's finally possible to install third-party keyboards on iOS once you've made the jump to 8.0. You can pick up Swype for $0.99, Fleksy for $0.99, or SwiftKey for free, and more alternatives will appear in the months ahead.

Apple is promising better battery life on the iPhone 6 models, but it's useful to stay on top of it. Delve into the Settings app and select General then Usage. Tap on the Battery Usage entry and you can see exactly which apps are taking up all of your precious battery power.

iOS 7 had slow motion, iOS 8 has timelapse. You'll find the new option in your Camera app and it captures one frame of video every second. Timelapse videos can be identified in your photo stream by the small timer icon in the lower left corner. 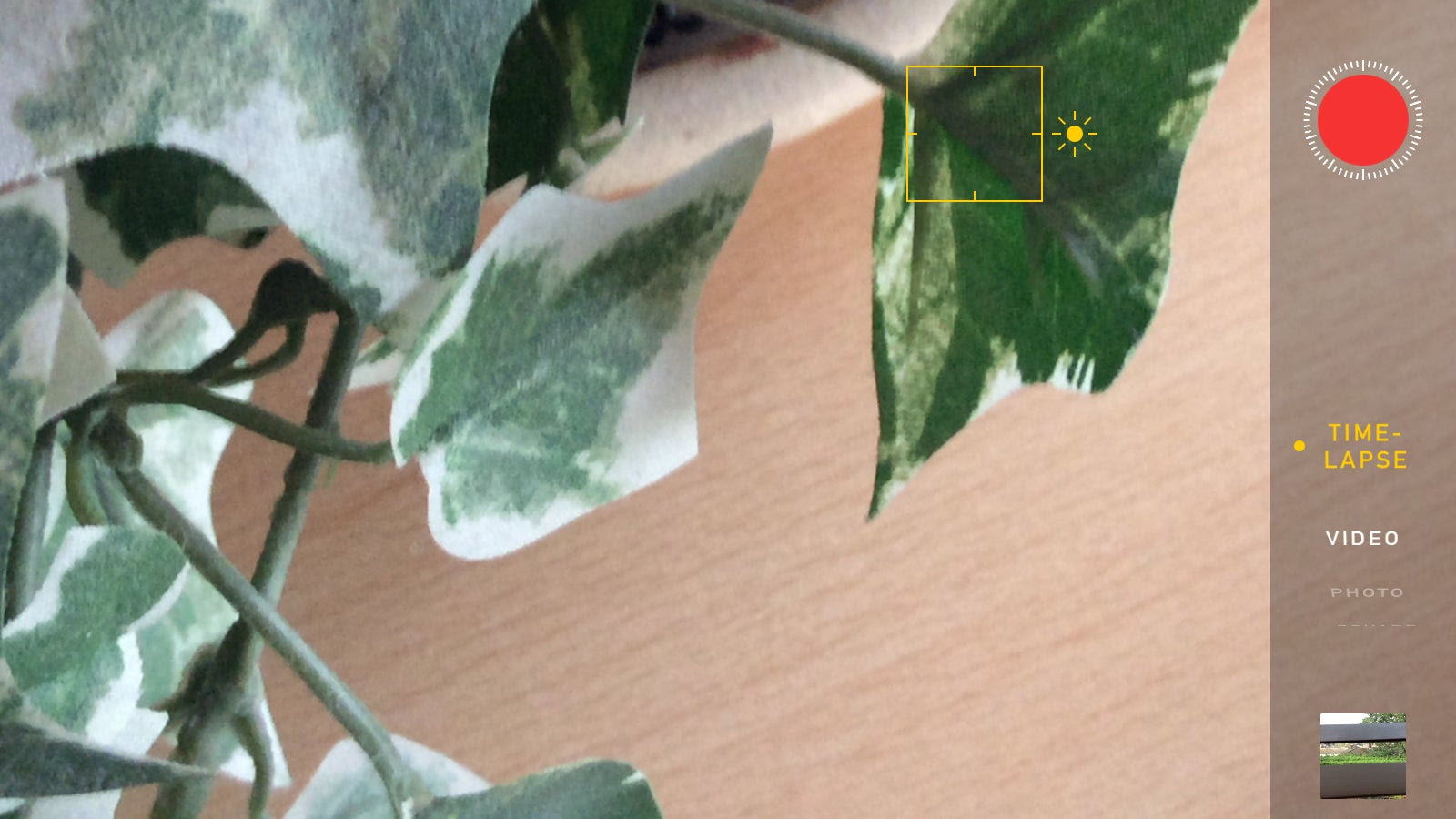 4. Get out of group chats

If you're in a Messages conversation that has more than two participants, you can now give it a name, mute it, share your location, or get out of it with a couple of taps. Select the Details option from the conversation screen to bring up the new options.


5. Send out your phone's last location

Find My iPhone isn't new, but there is a new option in iOS—head to the iCloud section of Settings, tap Find My iPhone and enable Send Last Location. When the battery in your device gets critically low, it will ping out a location report before it dies, giving you a better chance of finding a dead device.


6. Search the Web from Spotlight

Swipe down on the home screen to access Spotlight, type out a few words and you'll notice that Web links now appear alongside results from apps. Results from Maps may also be included. The Spotlight section in the Settings app lets you change this behavior. 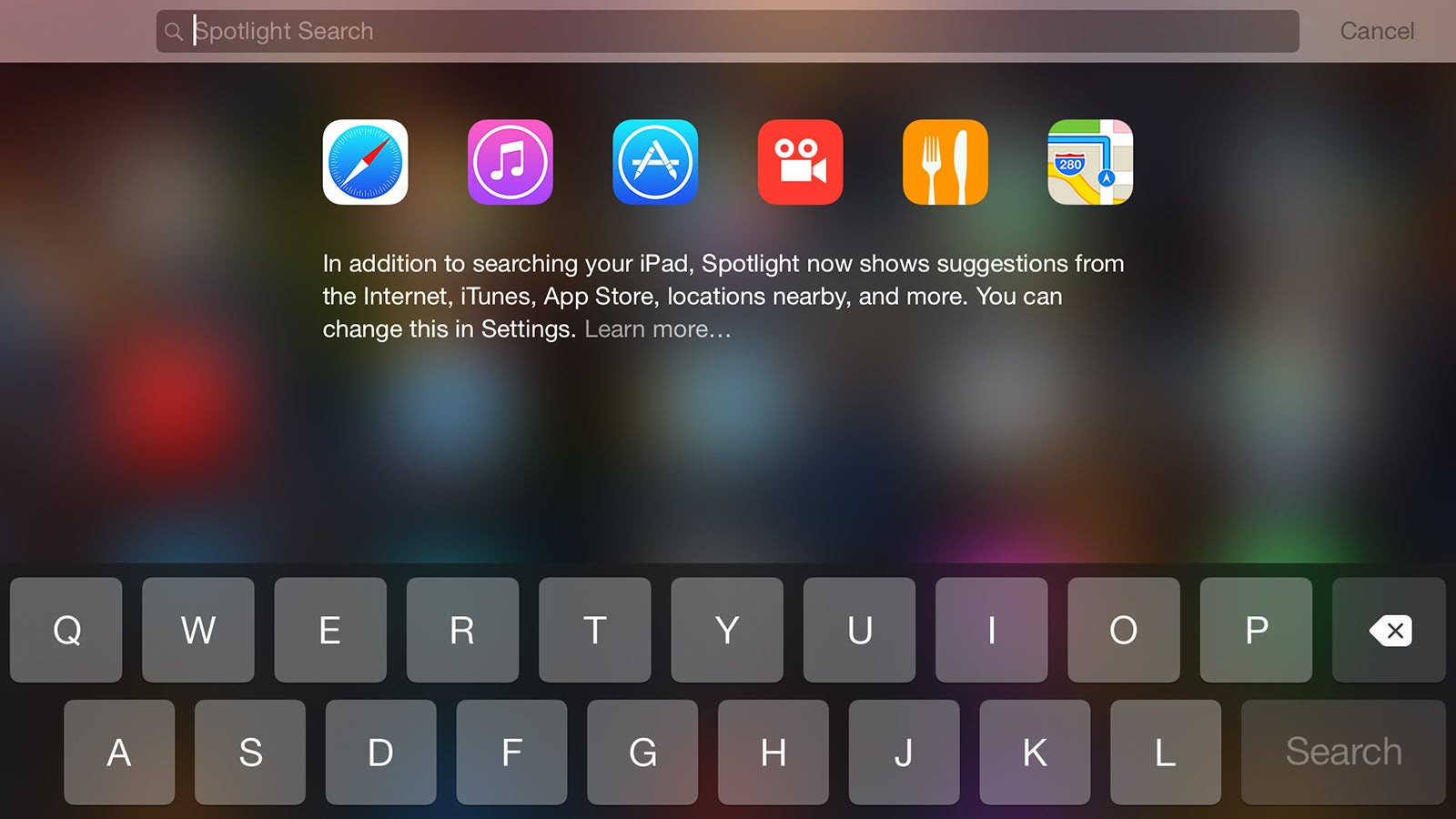 Actually typing out your iMessages is so September 16—now you can speak them in a kind of instant voicemail fashion. Press and hold the record button in the bottom right corner to speak. To listen to a message, press play or hold your device up to your ear with the conversation in view.

There are some handy extra features added to the native Mail app in iOS 8. One of them is the ability to left swipe to bring up options for trashing and flagging messages. Swiping right reveals the option to mark as unread, unchanged from iOS 7.

There aren't many changes to Siri this time around (the digital assistant often gets minor upgrades between iOS releases) but there is now Shazam-style music recognition. Activate Siri with a hold of the Home button and ask "What song is playing?" to run the query. 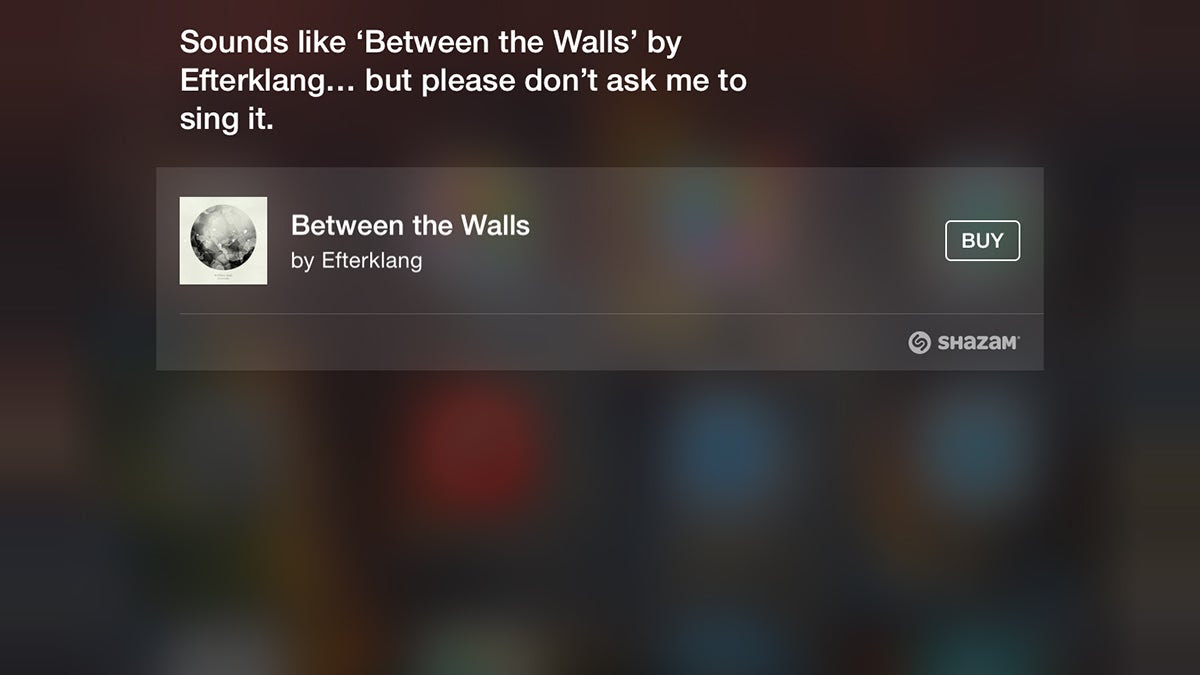 One of the biggest iOS 8 upgrades which you may already be aware of is Family Sharing. It lets you spread purchases of apps, music, movies, photos and so on between other users running iOS 8 devices. Head into the Settings app then tap iCloud and Set Up Family Sharing to get it up and running.

We're not sure exactly how useful this one is for most people, but we wouldn't want the Accessibility options to go overlooked when it comes to new features. Tap Accessibility on the General page in Settings and there's a new Grayscale option you can activate. It's very Casablanca.

If you've had just about all you can take from Google and its over-zealous tracking, Safari lets you change the default search provider for the first time. DuckDuckGo, Yahoo and Bing are the new options, which you can find in the Safari section of the Settings app. 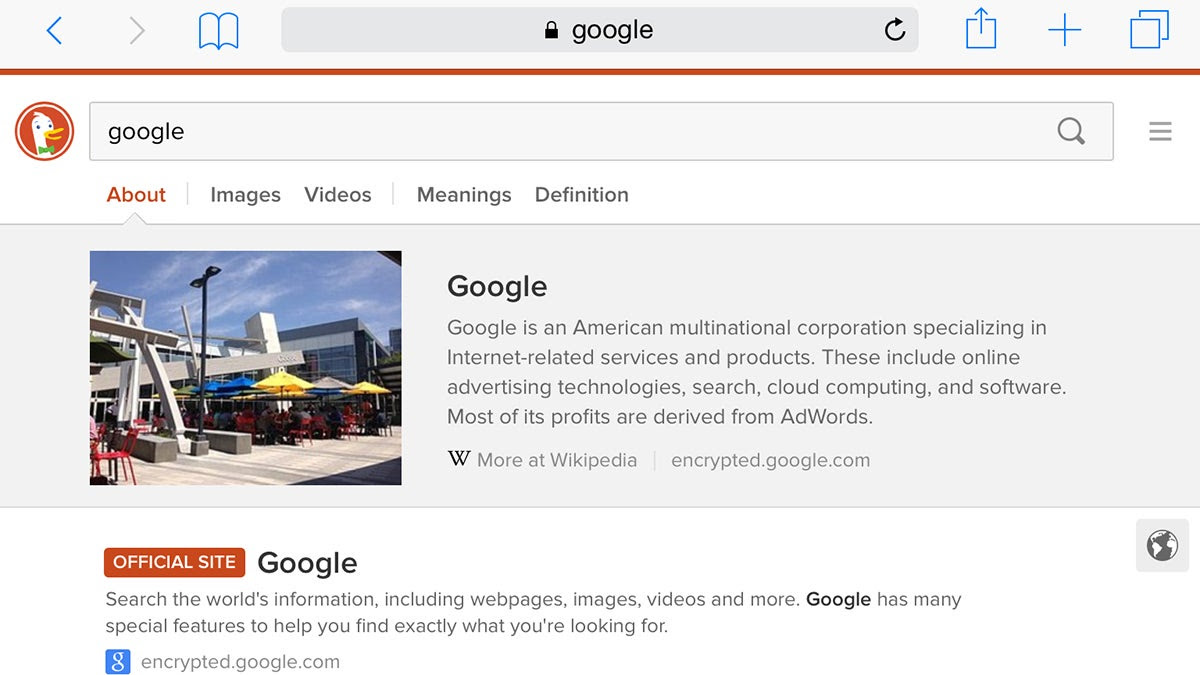 Well... eventually. Due to some teething problems Apple has had to pull third-party app updates that try and tap into its new HealthKit platform. The standalone Health app is still available though, as long as you're using an iPhone 4s (or above) or the latest iPod touch.

Most third-party iOS camera apps have a self-timer mode, and now Apple has added the functionality into the native app too. Tap the timer icon that appears by the on-screen shutter button to choose between a three second and a ten second delay.

With iOS 8, Apple devices now have a far more flexible sharing system for getting your content out into different apps. As with Android, though, this can lead to the Share menu getting a little overwhelming—tap the More button next to the sharing options to change their order or to prevent some of them from appearing at all. 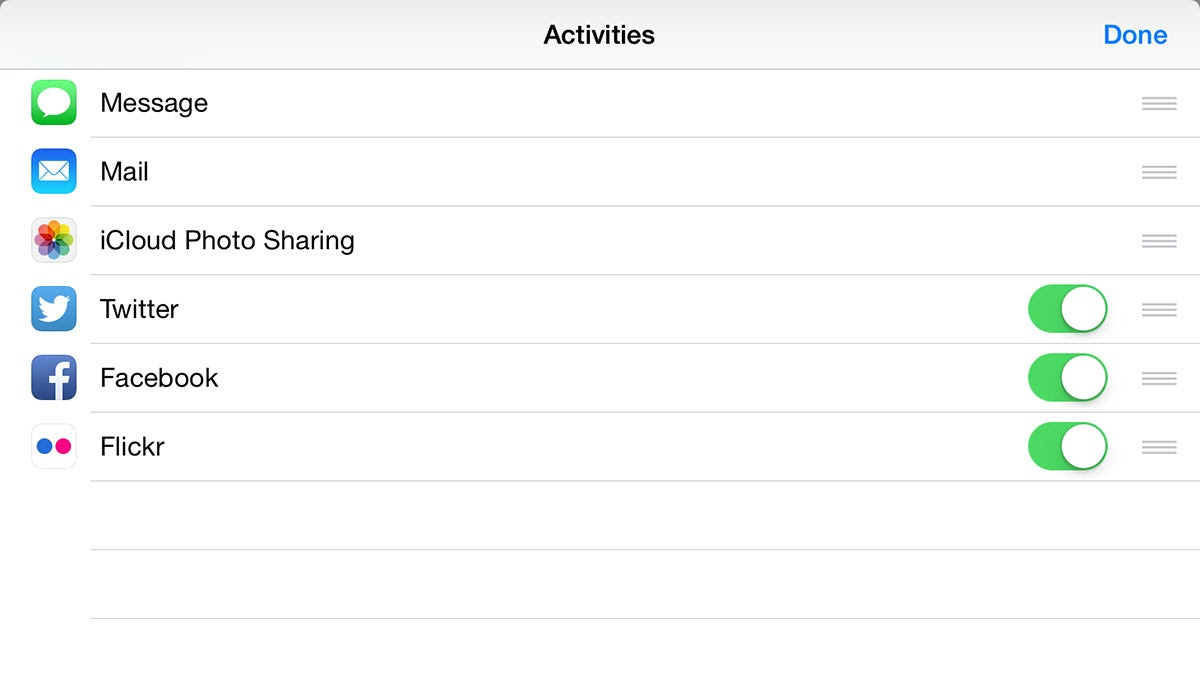 16. Answer calls on an iPad

You'll need to wait for OS X Yosemite to officially arrive before you can pass calls between computers and mobile devices, but if your iPhone and iPad are both updated to iOS 8 and on the same Wi-Fi network then you can take calls from your iPhone on your tablet. The same Apple ID and associated number need to be set on both devices too.

The digital money revolution continues apace: Not only does iOS 8 bring Apple Pay to the table, it also lets you scan in credit cards rather than wasting time typing out all of the details. Look for the Scan Credit Card option in Safari when you're entering payment details.

iCloud Drive is iCloud 2.0 and all of Apple's apps and services will be upgrading to it eventually. It's currently only compatible with iOS 8 and OS X Yosemite, so don't upgrade until all of your devices and computers are running the latest software. When you're ready to take the plunge, the option is rather predictably on the iCloud screen in the Settings app. 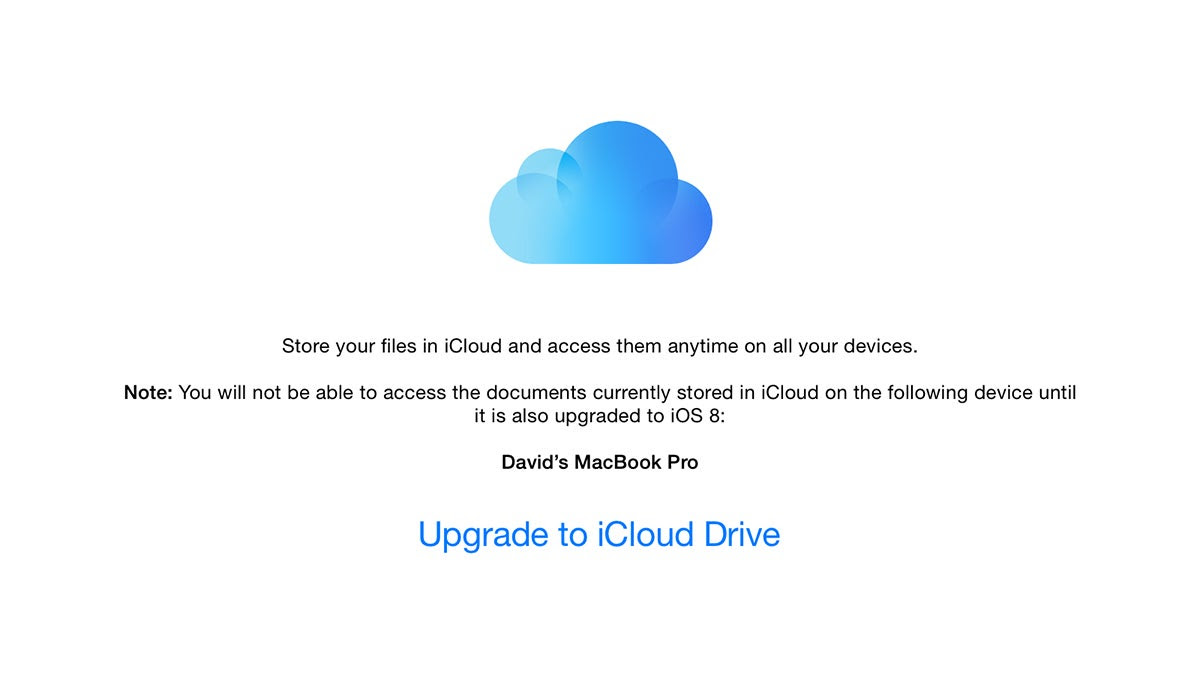 If you're a hard-working tech journalist you probably have several thousand screenshots taking up room in your photo stream that you don't necessarily want to see day after day. Any image can be hidden from the Moments, Collections, and Years views by long-pressing on it; the actual file isn't deleted from your device, however.

The multi-tasking screen (two taps on the Home button) now features a list of recent contacts as well as recent apps. Tap on any friend, relative, colleague or random acquaintance to see the different ways in which you can interact with the person in question.

Swipe down from the top of the screen and you'll notice there's a new Edit button on the Today page. Tap on this to control which 'widgets' are allowed to show up and in what order; there's also the option to prevent specific apps from appearing on this page. 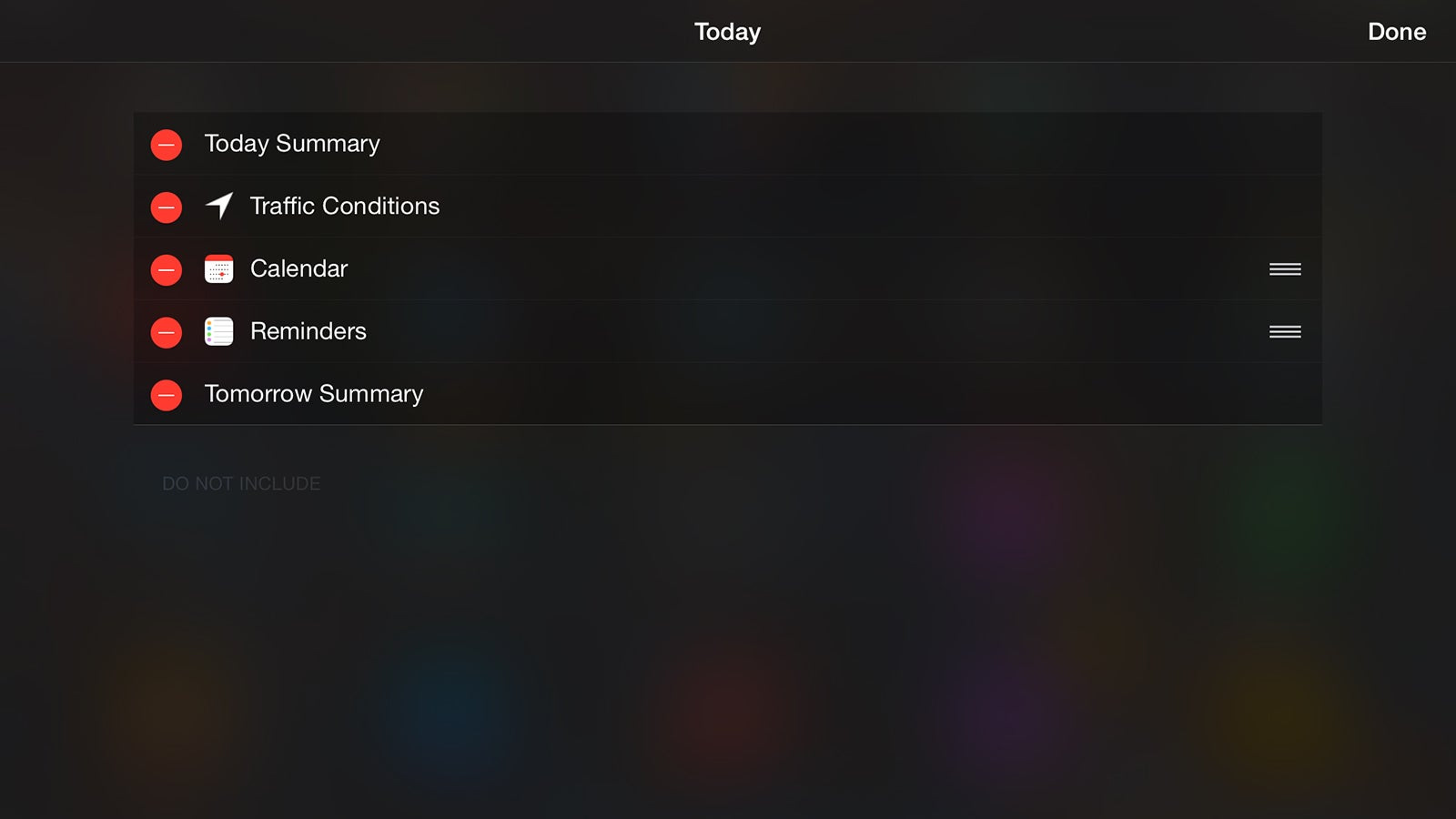 The iOS 8 Notification Center is smarter than the one in iOS 7. You can now reply to messages directly from the pull-down menu, for example—swipe right-to-left to bring up the new options for a notification.

As in iOS 7, you can tap on a part of the picture in the Camera app to change the focus point. In iOS 8, a sunlight icon appears next to the focus frame—slide this up or down with your finger to change the exposure level and the amount of light let into your shot.

In iOS 8 you can force the browser to bring up the full desktop version of any site by tapping on the address bar (to get to the grid of favorite sites), then swiping down and tapping Request Desktop Site. 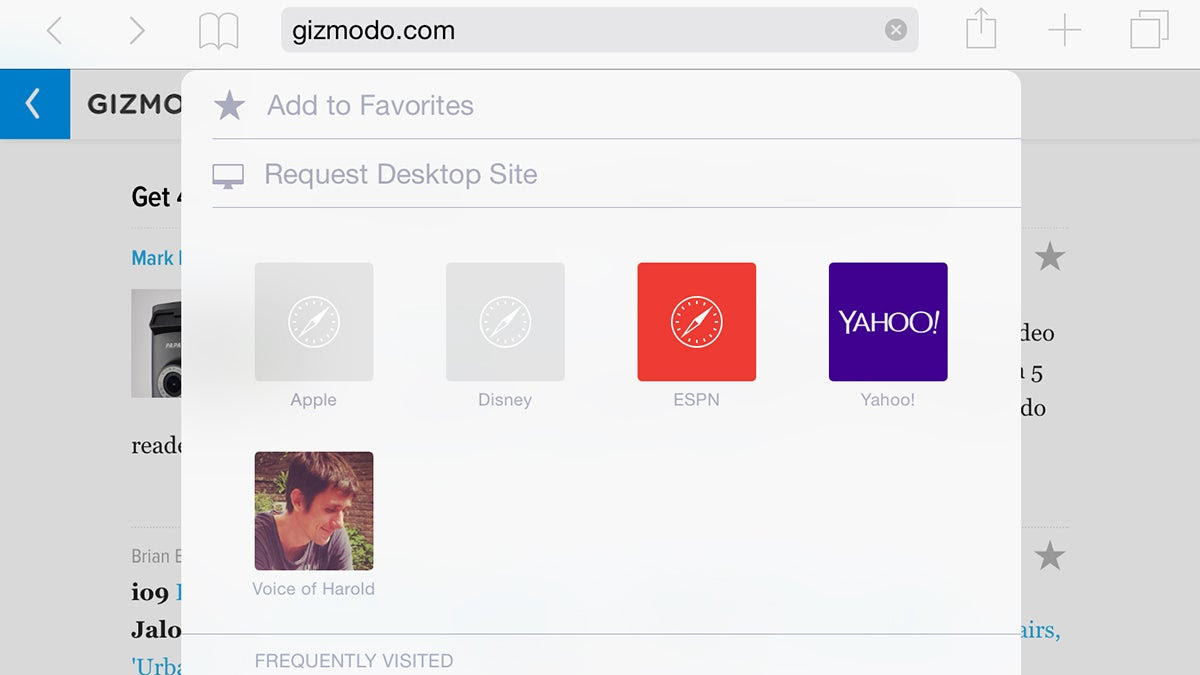 Good news, animated GIF fans—you can copy and paste these magical moving images into your Notes app or select them from your photo library. Now your off-hand scribblings can be brought to life like never before.