Microsoft Launches New Outlook for Mac, Next Office for Mac Suite Coming in Second Half of 2015

- November 02, 2014
Microsoft Launches New Outlook for Mac, Next Office for Mac Suite Coming in Second Half of 2015
MacRumors: Mac News and Rumors - All Stories
Microsoft today announced the immediate launch of a new Outlook for Mac for Office 365 users, bringing a new look and a number of improvements as leaked earlier this week.

The new Outlook for Mac includes: 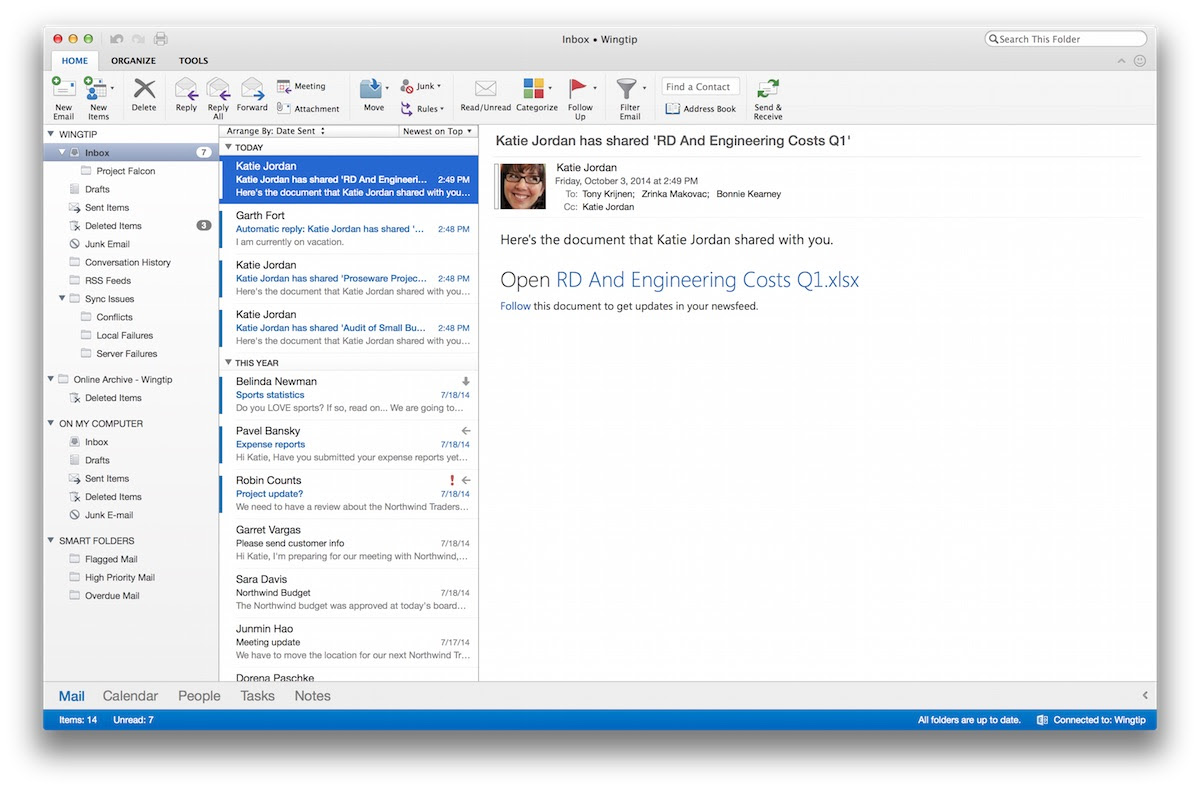 Microsoft also provided an update on the next full version of Office for Mac, noting that development on the suite had been pushed back from its usual schedule due to Microsoft's work on prioritizing mobile and cloud development. The latest roadmap for Office for Mac, which includes Word, Excel, PowerPoint, and OneNote includes a public beta launching in the first half of 2015 and a final release coming in the second half of the year. Both Office 365 and perpetual license versions will launch in the same timeframe. Some details on the next Office for Mac were also leaked earlier this week.