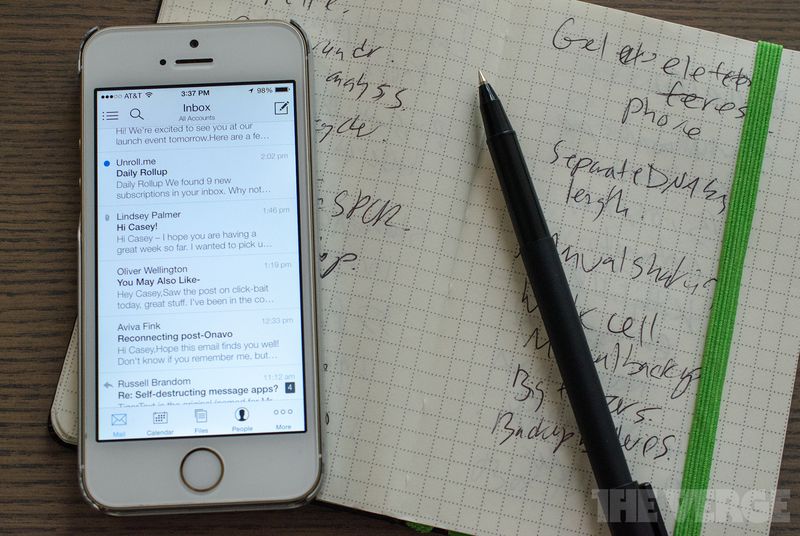 After accidentally announcing it a little early, Microsoft is officially confirming it has acquired email startup Acompli. The surprise acquisition means Microsoft is picking up a powerful email client for iPhone and Android in another move that further cements CEO Satya Nadella’s focus on cross-platform technologies. The Verge’s Casey Newton called Acompl "the Outlook for iPhone that Microsoft hasn’t yet built," and it seems Microsoft was equally impressed with the powerhouse email app.
"We’re excited about what’s possible as we build on the app’s success and bring it together with work currently in progress by the Outlook team," the company said in a statement. "Our goal is to deliver fantastic cross-platform apps that support the variety of email services people use today and help them accomplish more." Recode first reportedthat Microsoft would make its latest acquisition official today; the company is said to be paying over $200 million for Acompli.
Acompli is the mobile equivalent of Microsoft Outlook
Acompli appealed to early adopters thanks to Microsoft Exchange support, one-tap integration with calendars, and easy methods to access recently emailed files and contacts. It’s a professional-grade email app, and by tapping into Microsoft Exchange it has caught the attention of businesses that typically avoid third-party email apps because of their lack of Exchange support. It also works a lot like the desktop version of Outlook, combining contacts, calendar, and mail into a single interface that works together to organize meetings and communications.
The announcement comes just months after Acompli CEO Javier Soltero analyzed Microsoft's Office for iPad strategy, and specifically the lack of an Outlook email app for iOS. Soltero took Microsoft to task, complaining about everything from the company's mixed agendas to the "slow-loading" Outlook Web App that's provided on iOS currently. Predicting Microsoft's entry into Outlook for iOS, Soltero notes "expect a product that’s married to Office 365, with limited-to-no support for alternative email accounts, and a lack of imagination about what email on mobile should look like."
Microsoft’s plans for Acompli aren’t clear yet, but it’s likely that the company will integrate the app into its Office 365 offering. Microsoft recently moved its OneDrive cloud storage team under the Office team inside the company, and it’s increasingly positioning Office for a mobile and cloud future with improved integration with Dropbox and free apps for Android and iOS. Acompli is the next logical step in this Office progression, allowing Microsoft to offer yet another "productive" app or service across multiple platforms.
Microsoft acquires iPhone email app Acompli
Apple iOS Microsoft Office