FAQ: What you need to know about Apple Pay in Canada and Australia

FAQ: What you need to know about Apple Pay in Canada and Australia: 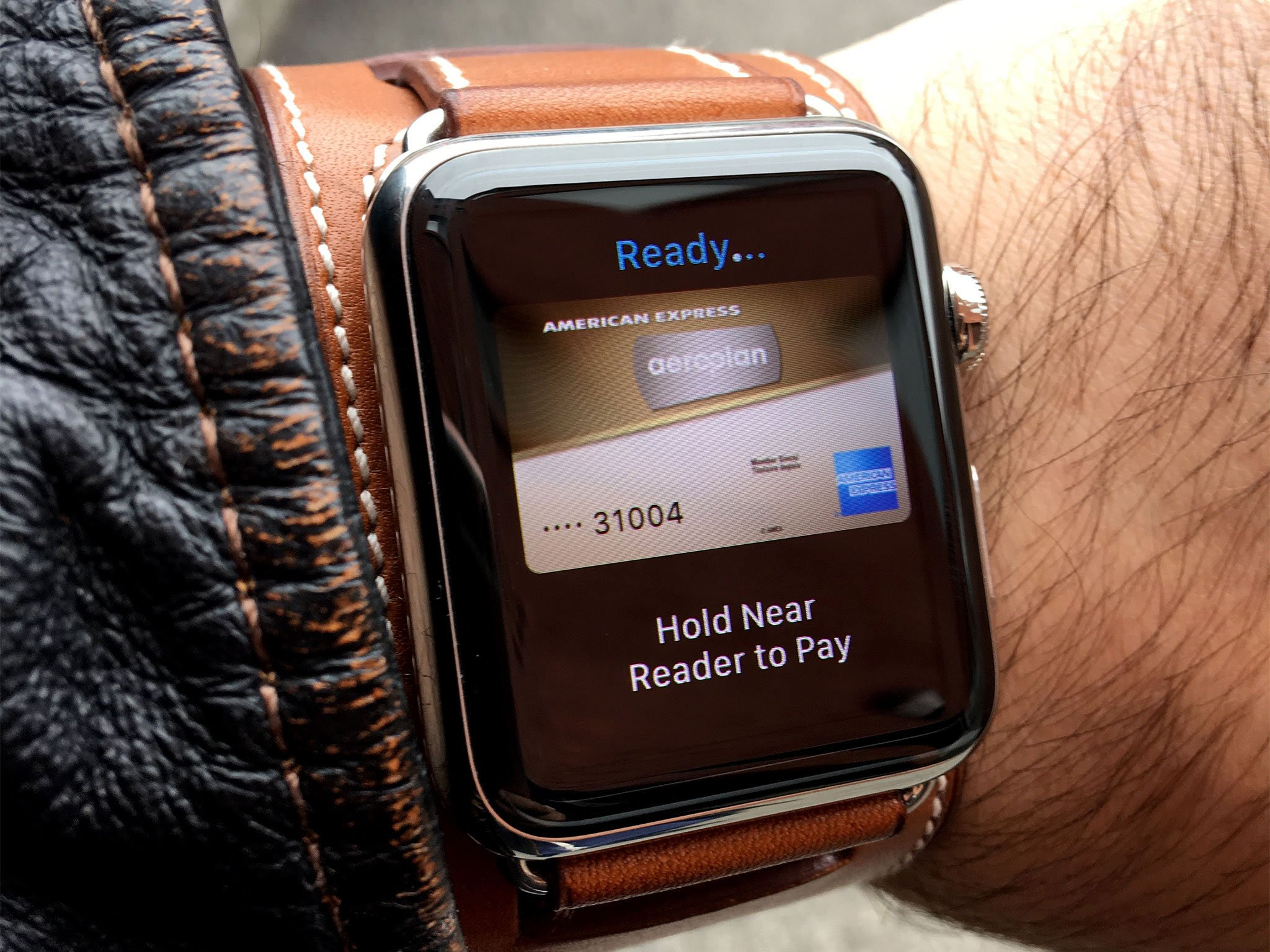 Curious to know what's going on with Apple Pay since its launch in Canada and Australia last November? We've got the scoop.

Since launching in Canada and Australia in November 2015, Apple Pay has been met with limited success, for one main reason: Only American Express credit card holders can use it.

But there's more to the story than just that one — admittedly very important — detail. Here's what you need to know about Apple Pay in Australia and Canada so far.

Why did Apple Pay come to Canada and Australia with only one credit card supported?

If you follow Apple at all, you'll know that normally, the company is happy to wait until a technology is mature before rolling it out to consumers. There are myriad examples of this, from the integration of LTE chips — the iPhone 5 incorporated the network years after its initial debut — to the implementation of a Touch ID scanner on the iPhone 5s. Apple cares more about the product than the spec sheet, which is why we still haven't seen waterproofing or wireless charging in the iPhone, and why we'll never see expandable memory or removable batteries.

But these rules apply only when the company controls the entire experience chain, from the components to the hardware to the software. In the case of something like Apple Pay, that just isn't the case: There are too many existing parts in the chain for Apple to disrupt.

It works like this: In most of the modern world, credit cards are issued by the banks. While the payment processing is primarily done by payment networks like Visa, MasterCard, and Discover, the banks are responsible for client services, such as billing — and, lucratively, interest accrual — along with customer care. Typically, banks pay handsomely for the opportunity to issue credit cards and charge interest on late payments. This is why, as Apple tries to negotiate an intermediary fee, there has been so much resistance.

In the U.S., the combination of population density and state-specific regulation has led to dozens of popular (and powerful) regional financial institutions. Along with national consumer-facing organizations like Bank of America, Wells Fargo, and Chase, these banks form a highly-competitive U.S. market — a market that Apple has taken advantage of to insert itself into the merchant process. At last count, there were 1043 banks compatible with Apple Pay in the U.S.

In Canada, there are just five major options — Scotiabank, TD, RBC, BMO and CIBC — along with a handful of smaller banks and credit unions. In both Canada and Australia, banks are much more tightly regulated, which has afforded them considerable power and market traction. When developing its payment system, Apple had no choice but to insert itself into the countries' existing payment cycle, rather than attempt to create a new one.

Okay, so why American Express?

Apple Pay launched in Canada and Australia with American Express for one major reason: AMEX acts as both a bank and a credit card issuer, a rarity in both countries. And despite the fact that Visa and MasterCard together dominate the credit card industry as we know it — with around 85% of Canada's market share and 81% of Australia's — Amex has proven resilient, at around 10% and 15% share respectively.

Unfortunately, American Express also suffers from limited merchant acceptance, mainly due to the higher prices it reportedly charges to use its network compared to Visa and MasterCard.

What are the advantages to using American Express?

While acceptance is relatively low, especially amongst small-to-medium businesses, there are some advantages to using an American Express credit card with Apple Pay, especially in Canada.

For one, the company has done a tremendous job with onboarding, making it simple to add and maintain an Amex credit card on an iPhone or Apple Watch.

Amex also has excellent digital infrastructure, notifying the user through a notification immediately after an in-store or in-app purchase is made. The Wallet app shows the last 10 purchases made, and that information is stored on Amex's servers, never on the iPhone itself. Amex also has a fantastic client app for iOS, allowing users to quickly review purchases and make payments to their balance — all with Touch ID support.

American Express is also fairly ubiquitous in both quick-service and big box stores. In Canada, mainstays like Tim Hortons and McDonald's have supported Apple Pay from the beginning, while others, like Staples and Zara, plan to roll it out soon. In fact, if a merchant already supports American Express and tap-to-pay, it supports Apple Pay, too, even if it isn't officially listed by Apple.

Finally, Amex offers so-called charge cards, which differ from credit cards in that they don't have credit limits, but must be paid in full at the end of a monthly grace period.

What are the disadvantages of using American Express?

In short, availability: Around one in 10 Canadians own an Amex card, and only a proportionally small number of independent merchants accept the cards. The same is true in Australia.

Moreover, American Express cards have historically been most sought after by business customers; Apple Pay is a very consumer-focused product, and has proven extremely popular with Visa and MasterCard users in the U.S.

Will Apple Pay ever expand to include Visa and MasterCard?

Despite Australia and Canada being harder markets to crack, at this point it's not a question of if, but when. It's well-known that Apple has entered into ongoing negotiations with both Canadian and Australian banks, but due to the their respective market influences, deals have stalled or are moving more slowly than expected. In both countries, Apple will likely wait until deals have been reached with several, if not all, of the countries' largest banks, which could push expansion back several months.

What about debit cards?

Both Australian and Canadian banks offer extensive debit networks, which are widely accepted at most merchants. In Canada, Interac dominates the market; Across the globe, several competing Australian networks, controlled by some of the biggest banks, perform many of the same functions.

Debit cards are supported by Apple Pay in the U.S. and U.K., so it's expected that when support is finally expanded to support the big banks in the two aforementioned Commonwealth countries, debit cards will be supported, too.

I heard this is all about the banks wanting to create their own technology. Is that true?

Big banks in Australia and Canada have already rolled out mobile payment solutions for Android devices that run through their own mobile apps. Most of these products require users to open the bank's app, authenticate using a password or PIN number, and make a payment at an NFC-based merchant terminal.

Barring a few exceptions, the fundamentals are essentially the same: each compatible Android phone uses a Secure Element, usually located in the SIM card, to store payment credentials.

The problem with this system has traditionally been fragmentation: Some banks' apps are only compatible with a handful of devices on a pitiful number of carriers. Apple Pay standardizes the payment process by integrating the Secure Element right into the hardware, and the user experience into iOS itself. This is why users (and merchants) love it, but why banks have been so reluctant to make deals.

I really want to try Apple Pay. Is it worth signing up for an American Express card to do so?

That's a question I really can't answer, though I admit to doing just that and haven't regretted it. Not only do I get to use Apple Pay, but Amex has deals with both Air Miles and Aeroplan in Canada and Quantas and Virgin Australia down under. The company also offers four no-fee cards in both Canada and Australia, which, though they provide fewer membership benefits, are still relatively compelling.

Can I use my US or U.K. Apple Pay cards in Canada or Australia?

Absolutely! The beauty of NFC-based payments is that if you could ordinarily use your physical credit card, you can use Apple Pay. Most merchant terminal companies are able to process foreign exchange card payments from Visa, MasterCard, Amex or Discover, and the amount will merely show up on your next bill, in your local currency. Easy!

Is there anything else I need to know?

That's a good question! iMore is here to help, so let us know what we missed in the comments below.