Showing posts from September, 2011
Show All

A Look at Apple's Assistant Interface for the New iPhone 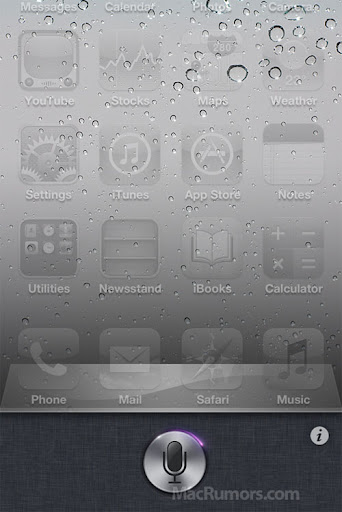 Apple has been rumored to be working on advanced speech recognition technology for some time.
After Apple's acquisition of Siri, TechCrunchreported in May that negotiations were ongoing with Nuance to integrate their speech recognition technology into iOS. Earlier this week, 9to5macdetailed much of what is expected to be the major new feature in the next generation iPhone to be release on October 4th. The story was met with some skepticism in our forums, but we were especially confident in the report as we had privately heard the exact same story from our sources.
The Siri/Nuance-based voice recognition Assistant will be the major new feature in the next generation iPhone and will be an iPhone 4S/5 exclusive feature. As detailed, the Assistant will allow users to speak to their iPhones in order to schedule appointments, send text messages, retrieve information and much more. Voice recognition happens on the fly and reportedly with great accuracy.
Assistant interface, artist rendi…
Post a comment
Read more

CSS3 is an enhanced version of the Cascading Style Sheets specification, and it comes with many enchanting features that revolutionize Web layout and design, as well as other advantages. But it has some disadvantages as well, and tackling them requires smarts. CSS3 is new on the market, so there is still a lot to improve. The major problem is that the properties are browser-specific and cannot be easily implemented across browsers. Developers have to add extra code in order to implement the properties the same way across browsers. In this article, we’ll highlight some effective CSS3 auto-generator tools that can assist developers—especially lazy ones!—with lots of tasks. The greatest advantage of these tools is that they allow for full customization, which means that anyone can use them with ease. 1. CSS3, please!CSS3, please is a multipurpose tool with versatile features like border-radius, box-shadow and linear gradients. It is an online application that shows immediate results on t…
Post a comment
Read more When Facebook announced a revamped mobile page in April, its lead mobile exec Eric Tseng said the social network would focus on using the HTML5 standard for future updates instead of updating individual applications for each mobile operating system. “Project Spartan” is the fruit of those labors, reports claim, and it will be the social network’s attempt to the spill its games and applications into the mobile space. Images and information on Project Spartan were recently posted on a Facebook developer page before being pulled. Thankfully TechCrunch grabbed several of the images and information from the site before it was taken down. The leaked photos clearly display a panel loaded with Facebook Pages, mobile apps and events being accessed from an iPhone’s Safari browser. There also appears to be a notifications component. Facebook will officially announce the platform sometime next week, TechCrunch said. Read on a few additional photos of Project Spartan. ReadFacebook’s ‘Project Spar…
Post a comment
Read more

Google Analytics in Real Time of the Day

Google Analytics in Real Time of the Day: If you obsessively check the traffic stats on your website and wish Google Analytics would update more frequently, it’s your lucky day. Google has just announced real-time stats in Analytics. Real-time reports show site activity as it happens, making it great for checking out whether anybody’s actually clicking through from your tweets or Facebook posts. The feature also lets you quickly make sure Analytics is actually working on your site. Real-time is rolling out now, and everyone should have it “over the coming weeks,” but you can sign up for early access if you don’t want to wait. [google] Tagged: google, google analytics, real-timeSubmitted by: Unknown Google Analytics in Real Time of the Day
Cheezburger Network
Thu, 29 Sep 2011 20:10:20 GMT
Post a comment
Read more
More posts