Showing posts from January, 2015
Show All

Apple today released OS X Yosemite 10.10.2, marking the second update the operating system has received since its October release. Testing for OS X 10.10.2 began in late November, with Apple seeding six betas to developers before releasing the update to the public.

The OS X 10.10.2 update can be downloaded through the Software Update mechanism in the Mac App Store.

The update also fixes several notable security flaws, including an issue that caused Spotlight to load remote email content even when the Mail preference was disabled, vulnerabilities detected by Google's Project Zero, and the "Thunderstrike" hardware exploit affecting Thunderbolt-equipped Macs. 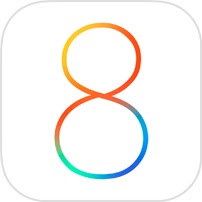 Apple today released iOS 8.1.3 to the public, with a range of bug fixes including

iOS 8.1.3, much like iOS 8.1.2, was a minor release that was not seeded to developers before being released to the public. The software is available immediately as an over-the-air download.


The first hints of iOS 8.1.3 first appeared in early December after devices running the updated operating system began visiting the MacRumors website, and usage picked up last week after iOS 8.1.3 was seeded to Apple retail employees for testing purposes. Apple appears to be expanding its OS X employee testing program to iOS, and iOS 8.1.3 marks the first iOS beta that's been tested by retail workers.

iOS 8.1.3 is a minor update that includes only under-the-hood bug fixes, but Apple is also working on iOS 8.2, which will bring more drastic changes to the operating system as it contains both the WatchKit SDK and features that will allow the iPhone to integrate with the Apple Watch. It is not clear when Apple pla…
Post a Comment
Read more

Microsoft Office 2016 will be released later this year 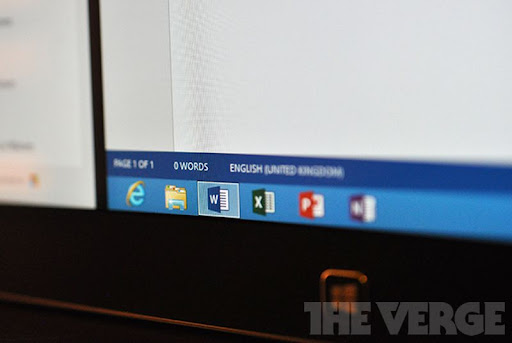 Microsoft is announcing today that its next major version of Office, aptly named Office 2016, will be available later this year. "We will have more to share on Office 2016 in the coming months, but this suite will remain the comprehensive Office experience you're long familiar with, best suited for a PC with keyboard and mouse," says Julia White, Microsoft's Office general manager. "We expect to make Office 2016 generally available in the second half of 2015."
While Microsoft isn't revealing features for Office 2016, we exclusively revealed that the next version will include a darker theme and a Clippy-like helper. Microsoft is also making various other UI tweaks and feature additions, but Office 2016 is expected to look and feel very similar to Office 2013. The real changes for Office are coming with the touch-optimized version for Windows 10, a separate suite of apps designed primarily for tablets and phones. Finger-friendly versions of Word, Excel, …
Post a Comment
Read more 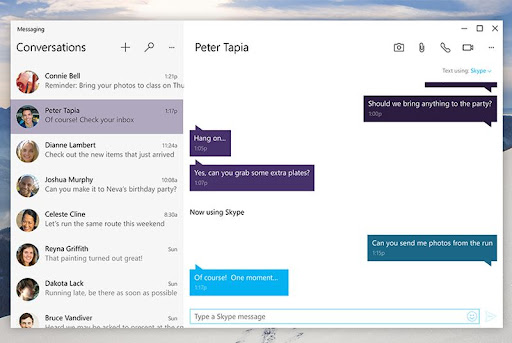 Microsoft is integrating Skype directly into Windows 10, and the result looks a lot like Apple's iMessage service. While the company unveiled some of its Skype integration at a special Windows 10 press event in Redmond yesterday, the software maker didn't show its new Messaging app on the PC version of Windows 10. This appears to be key to a new experience for Skype messaging in Windows 10, and it brings back the built-in Messaging app from Windows 8 that Microsoft killed with the Windows 8.1 update.
Skype is starting to link usernames to mobile numbers
The new Messaging app works by integrating Skype, allowing you to chat to Skype contacts or initiate video / audio calls. All the conversations are synced between PCs, tablets, and phones, and the new app looks like a lightweight version of Skype. It's also identical to the Messages app on OS X, with the same two-panel interface and circular UI for contact photos. Microsoft has started linking Skype usernames with mobile nu…
Post a Comment
Read more

Android 5.0.2 OTA links are starting to arrive — this is how you use them 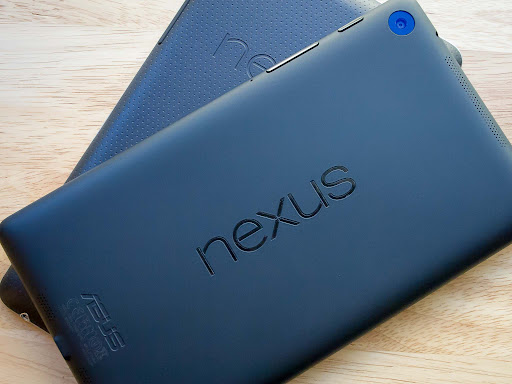 Android 5.0.2 factory images started arriving back in December and continued into January, and now we're starting to see the first OTA updates rolling out to Nexus devices as well. As is usually the case with these small point releases there's no major reason to run out and flash the file, but if you're the kind of person that absolutely has to be on the bleeding edge it's easy to take a few minutes and get up to 5.0.2 without waiting for the file to be pushed to you.
Head past the break for the links to the OTA files, and to find out how to use them!

If you use Netflix, you NEED to check out this app right now

Netflix is a service that cord cutters can't live without, and even those of us who still pay for TV have come to rely on Netflix's inexpensive service for unlimited on-demand streaming of millions of movies and TV shows. For just $7.99 each month, Netflix subscribers can stream to any number of computers, TVs, tablets or smartphones, and the company touts a massive library of content to choose from. Of course, that huge content library is both a blessing and a curse, because users often complain that it is extremely difficult to find good movies and shows to watch. That's where FlickSurfer comes in. Continue reading...If you use Netflix, you NEED to check out this app right now
Zach Epstein
Wed, 14 Jan 2015 16:50:14 GMT
Post a Comment
Read more

Given that Windows 8 featured a brand new UI, one that is understandably confusing, we’re sure many of you guys have refused to upgrade and have kept using older builds of Windows instead, like Windows 7. Now the bad news is that if you’re still on Windows 7, perhaps it’s time to consider an upgrade. Microsoft has officially ended their mainstream support for Windows 7 starting from today. Now before you panic, don’t worry as it doesn’t mean that your computer will suddenly stop working. It basically means that Microsoft will no longer be offering free help or support if you run into any issues with Windows 7. It also means that you should probably not expect any new features to be added to the operating system in the future either, so basically what you have now is pretty much what you’re stuck with. Then again with Windows 7 having been released in 2009, we guess we can’t say we’re too surprised that Microsoft is slowly starting to shift their focus. Now if you’d rather not upgrade …
Post a Comment
Read more 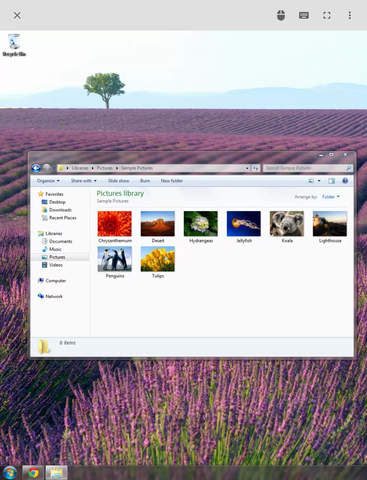 This post is from Chrome Story - Chromebook Resources & GuidesGoogle’s Chrome Remote Desktop app lets you connect to your computers from another computer or a mobile device. The app was available for Android devices. Today the iOS version of the app is available for download  making it easy to securely access your desktop computer remotely from an iOS device. If you are new to Chrome Remote Desktop (Formerly known as Remoting and Chromoting,) here is the official description of the service: Chrome Remote Desktop allows you to remotely access one computer from another over the Internet. For example, you can use the app to securely access your files or applications from another computer. Or you can give a friend temporary access to your desktop so they can help you solve a computer problem.If you are in excited iOS user looking for more information on how to set this up, here is the official help article and download the app from here. Google Brings Chrome Remote Desktop To iOS; Acc…
Post a Comment
Read more
More posts