Showing posts from October, 2015
Show All 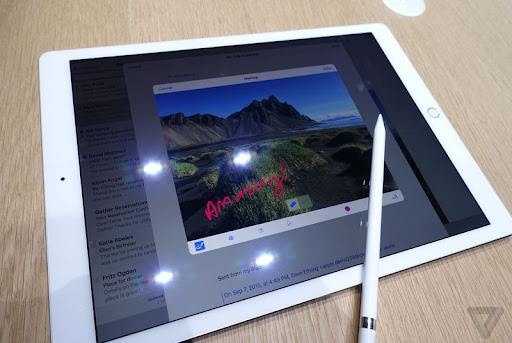 The iPad Pro will launch on November 11th, according to a new report from 9to5Mac. Upon unveiling the 12.9-inch iPad in September, Apple said the Pro — its largest and most powerful tablet yet — would go on sale in November, but didn't specify an exact date. 9to5Mac also reports that the Apple Pencil and Smart Keyboard will be released on the same day. The iPad Pro offers nearly twice the CPU and graphics performance of iPad Air 2 and an improved multitouch display that works with the Pencil accessory for more precise and sensitive drawing capabilities. It also features four speakers, a first for iPad, and supports iOS 9 features like side-by-side app multitasking. But with a larger size comes a bigger price; the Pro is Apple's most expensive iPad ever, starting at $799 for a 32GB Wi-Fi model and running all the way up to $1079 for a 128GB version with LTE built in. The Smart Keyboard costs an additional $169, and the Pencil will sell for $99. iPad Pro will launch both in-stor…
Post a Comment
Read more 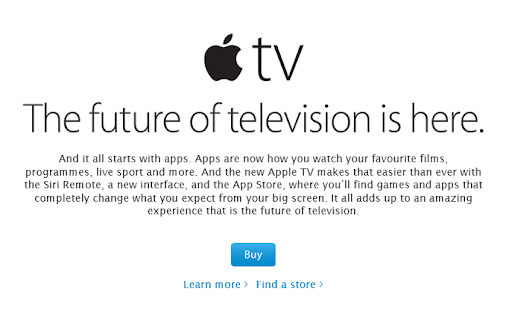 The new Apple TV is now readily available at Apple's own retail stores. The company has begun firing out emails to customers, announcing that the "future of television is here". The email itself contains links to purchase the Apple TV online, find out more about the 4th-generation set-top box, as well as locate your nearest Apple Store. Stock being made available today matches what a previous report speculated. Will you be picking up the new Apple TV? Don't forget that we're running a competition where you could win one for yourself! Apple TVApple TV previewApple TV buyers guideApple TV users guideApple TV FAQApple TV helpApple TV newsApple TV discussion

It was nice not really knowing you, Chrome OS. The Wall Street Journal is reporting that Google is planning to effectively kill off Chrome OS and fold its best components into Android by 2017. Chrome OS, for those who don't know, is the operating system that is used to run Google's Chromebook line of laptops that are low-storage machines that rely on cloud computing to perform most tasks. Continue reading...RIP, Chrome OS
Brad Reed
Thu, 29 Oct 2015 21:22:20 GMT
Post a Comment
Read more
More posts