Showing posts from August, 2016
Show All

You Can Now Play Thousands of Amiga Games For Free

You Can Now Play Thousands of Amiga Games For Free:The Internet Archive is the home of our digital past, and now it’s offering the greatest gift to any kid who grew up in the 80s and 90s: thousands of playable Amiga games.
If you’re unfamiliar with Amiga, the computer system was the technological successor of the Commodore 64, one of the most popular computers ever made. The Amiga 1000 ran on its own operating system (Amiga OS), could display up to 4,096 colors, and was Commodore’s heavyweight contender against Apple’s Macintosh. It’s still a much-loved machine to this day.As The Next Web notes, the Amiga system didn’t even have 10,000 games, so the archive could probably use a little housekeeping to get rid of some duplicates. But there is some Double Dragon and Batman: The Movie along with some other titles I’ve never heard of but sound A+. Even though Amiga is no longer with us (RIP 1985-1994), nostalgia never dies. Clear your schedule. It’s time for dip back in time.[Internet Archi…
Post a Comment
Read more 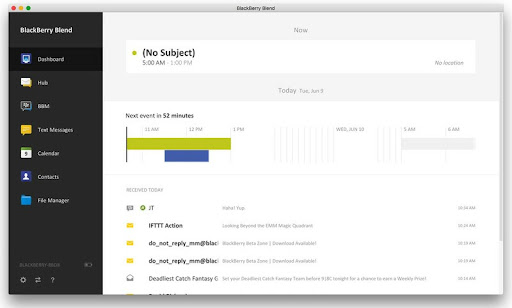 iOS 9.3.4 now available to download on iPhone and iPad

iOS 9.3.4 now available to download on iPhone and iPad:Just days after the release of the latest iOS 10 beta, Apple has returned with a fresh update for iOS 9 in the form of iOS 9.3.4. 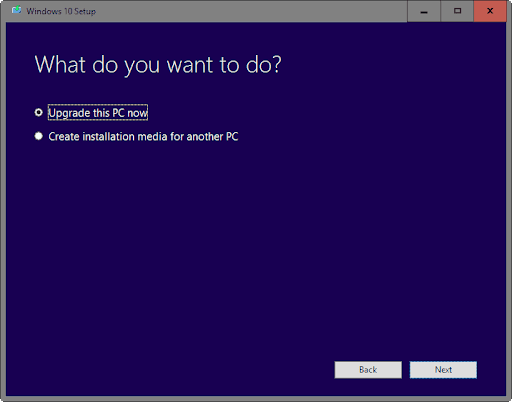 While the release date of the Windows 10 Anniversary Updateis August 2, 2016, not all users will receive the update on that date as Microsoft plans to roll it out gradually.
Microsoft plans to deliver the update via Windows Update starting 19:00 CET, and via the Media Creation Toolkit at around the same time.
Using the Media Creation Toolkit has two advantages: first, you may get the update earlier, and second, you may download and create installation media instead of updating the PC directly. This way, you can perform offline updates among other things.
Note: We suggest you back up important data before you continue. Ideally, create a system backup so that you get an option to restore it if you run into issues during the update or afterwards. The update should pick up all files and programs, so that they remain available. Some programs may be removed however if they are not compatible with the new version of Windows 10.
Download and install the Windows 10 Anniversary Update
To get st…
Post a Comment
Read more

All the Coolest Features of Windows 10's Anniversary Update

Microsoft's first big feature update for Windows 10, the Anniversary Update, is out today. With it comes a smarter Cortana, better multiple desktop tools, and tweaks that fix annoyances we've hated since Windows 10 launched.
Cortana Is Way Smarter, and Can Talk to Android and Windows PhoneCortana reminds me not to schedule dinner during my plans to see Suicide Squad. Cortana on Windows 10 is already pretty useful. You can check your schedule, get answers to simple, spoken questions, find and keep your notes, set reminders, and more. Now it's getting even smarter. For example, if you add an event to your calendar that conflicts with another scheduled event, Cortana will let you know that you're about to double-book yourself. Cortana can also interact with other apps to make reservations, or send the document you were recently working on to someone in your contact list.
Cortana can also bridge the gap between your phone and PC, much like Pushbullet before it. With today&…
Post a Comment
Read more

How to install Microsoft Edge extensions 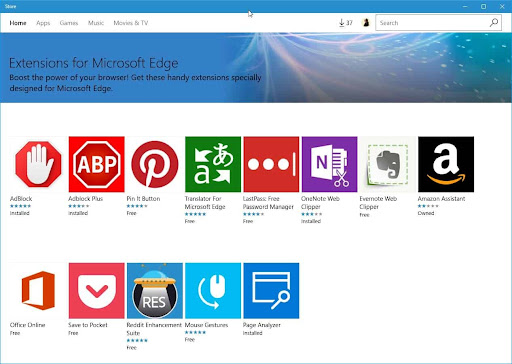 Windows 10 Anniversary Update: What You Need To Know

Getty Image/Microsoft Today is the day Microsoft has been building up to for months: The Windows 10 Anniversary Update. Starting today, Microsoft will be rolling out an update that piles on dozens of tweaks and major changes to the software. Here's what you should keep an eye out for, and what to try once the update appears.
Cortana Cortana, named after the artificial intelligence Master Chief pals around with in the Halo franchise, is already on Windows 10; it's essentially Siri for your desktop. The Anniversary Update, however, will enable Cortana to do a lot more. You can use it to perform simple tasks from the lock screen, ask it to remember key information like flight numbers and appointments, and have it push notifications from your phone to your desktop, provided you install the Cortana app.
Microsoft Edge Microsoft's replacement for Internet Explorer is getting a much needed overhaul in the Anniversary Update. Edge will be getting extensions — finally — and it'…
Post a Comment
Read more
More posts