Showing posts from June, 2015
Show All

Skype For Windows Modern App Shuts Down In Favor Of Desktop Version
Ubergizmo  /  Adnan Farooqui
Many of you might be aware that Skype offers two applications for Windows users, there's the Windows modern application optimized for touch and then there's the conventional Skype for Desktop application. The touch-friendly Skype app has been available for quite a while for Windows 8 but now it has reached the end of the road. Microsoft has confirmed that in the interest of simplifying the experience for users, it's shutting down the modern application in favor of the desktop app.Starting July 7th all PC users who have the modern app installed will be moved to the Windows desktop app and the former will be retired. Skype for Desktop can then be used either with mouse or keyboard or through touch input.The company explains that with Windows 10 just around the corner it makes sense to stay with the Skype app that can work with mouse and keyboard while also being capable of touch in…
Post a comment
Read more

Office 2016 For Mac Preview Gets New Update
Ubergizmo  /  Adnan Farooqui
Earlier this year in March, Microsoft released Office 2016 for Mac preview. A few weeks after the productivity suite was released the company rolled out a major update for it which brought many bug fixes and performance improvements as well as loads of new features. Today Microsoft has once again updated Office 2016 for Mac preview but it's not a major upgrade as the previous one, this incremental release is more about fixing bugs and improving performance.Office for Mac 2016 brings a new user interface for the company's productivity apps, plus it adds a plethora of new features to the core applications which include Word, PowerPoint and Excel. The apps offer some Mac specific features as well, including but not limited to full screen mode, Retina Display support and novelties like scroll bounce.Microsoft has not yet revealed when the final version of its productivity suite for Mac is going to be released, …
Post a comment
Read more 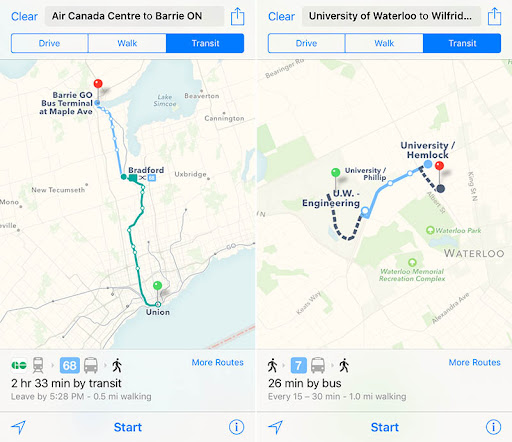 Apple Maps Transit Directions Work Across Much of Southern Ontario [iOS Blog]
MacRumors: Mac News and Rumors - All Stories  /  Joe Rossignol
Apple earlier this week announced that Toronto will be one of ten major cities in North America that will support Apple Maps transit directions on iOS 9 in the fall, but after early testing we can confirm that the new routing option for bus, subway, light rail, train and ferry directions will actually extend well beyond the city limits and TTC to cover much of the Greater Toronto Area and Southern Ontario.

iOS 9's App Thinning Feature Will Save Storage Space
Ubergizmo  /  Tyler Lee
The downside to buying the 16GB iPhone or iPad is that you find yourself running out of storage space very quickly, but the good news is that with iOS 9, Apple will finally address that issue with a feature called "App Thinning". This was briefly mentioned by Apple's Craig Federighi during the WWDC keynote, but the folks at ArsTechnica have broken it down further.Basically the idea behind app thinning is that it will exclude data that you don't need from the download. As it stands, every app you download contains assets for literally every supported iOS device. This is regardless of whether you will need that data, so for example if you're running an iPhone 4 that can't take advantage of certain features of an app that is only available for iPhone 5 and above, the app will download all those assets anyway.This means that your phone is storing a bunch of data that you will never eve…
Post a comment
Read more

iOS 9 vs. iOS 8: Comparison photos show all of the biggest changes

Apple says iOS 9 will offer you "a better experience with every touch," on the special iOS 9 page on its website, stressing that the newly introduced update focuses on bringing performance improvements rather than major new features. And while iOS 9 is similar to iOS 8 overall when it comes to design and appearance, there are plenty of changes under the hood compared last year's major iOS release.
Now, you can see exactly what's new in the following comparison pictures.
Continue reading...

Here Are The Features Microsoft Is Cutting From Windows 10 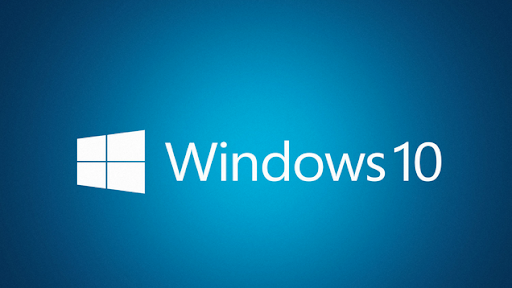 Here Are The Features Microsoft Is Cutting From Windows 10
Lifehacker  /  Logan Booker on Gizmodo, shared by Whitson Gordon to Lifehacker
Windows 10 is fast approaching and while there's no immediate need to upgrade from 8.1, or even 7, odds are you'll want to make the jump eventually. Before you do, you'd best check out the Windows 10 "feature deprecation section", to make sure your favourite features aren't being cut from the latest release.It's to be expected you'll run into a few driver incompatibilities and unsupported hardware and software, but what can sometimes catch you off guard is when entire features are dropped from the core operating system.Probably the biggest cut is Windows Media Center, but it's not the only thing getting the boot. From Microsoft's Windows 10 specification page:Feature deprecation sectionIf you have Windows 7 Home Premium, Windows 7 Professional, Windows 7 Ultimate, Windows 8 Pro with Media Center, or Windows 8.…
Post a comment
Read more

BlackBerry 10 devices will receive the version 10.3.2 OS update in coming weeks. The company revealed that the update will be received by the complete range of BB10 devices.
It also announced an update version 1.2 for its BlackBerry Blend service, which will enable users to access information from their BB device on Android or iOS tablets, Windows or OS X computers. It revealed the information through its official blog, the blog post also states that the update is totally based on carrier approval. It explained that as soon as the update get listed on the carrier network , users will receive notification in the BlackBerry Hub. The 10.3.2 update is expected to bring slew of features on-board, such as the anti-theft protection in BlackBerry Protect, which will let users disable the device if it is lost or stolen, it will make sure that the device cannot be reactivated or wiped. There are also some tweaks in the camera, the update will enhance the low-light performance, better face-detecti…
Post a comment
Read more 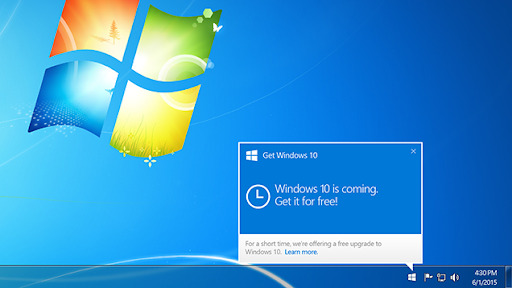 Today, Microsoft has finally announced when it will be rolling out the newest version of Windows: July 29th will be the big day. To prepare for the date, Microsoft is sending out notifications to users of older versions prompting them to reserve their free copy.
The reservation process is simply a way to opt-in to the free upgrade ahead of time. Once it becomes available, if you've opted-in, the update will automatically download and install for free. Microsoft hasn't yet explained any details about how, when, or if the company will start charging for Windows, however it seems likely that you'll still have a chance to get the free upgrade if you don't reserve it now. However, if you know you'll be upgrading, it's a handy way to expedite the process once July 29th rolls around. If you're still on the fence about whether or not you want to install Windows 10, here's everything you need to know.
Hello World: Windows 10 Available on July 29 | Microsoft