Showing posts from November, 2016
Show All

Microsoft Confirms Minimum PC Specs For Windows 10 VR Headsets:
Microsoft is getting serious about virtual reality with the Windows 10 Creators Update that’s due to arrive early next year. The company is trying to create its own VR platform using Windows Holographic, the environment that’s actually used to power Microsoft’s HoloLens augmented reality headset. Microsoft announced at its event last month that VR headsets for Windows 10 will start at as low as $300. The company has now confirmed the minimum PC specifications required to run these headsets.
The confirmation comes via the latest beta builds of Windows 10 in which Microsoft has included a new “Windows Holographic First Run” application. The app basically checks whether the computer is compatible with the VR platform.As far as the minimum specifications go, they are quite basic. Users will require a PC with at least 4GB of RAM, a graphics card with DirectX 12 support, 4 CPU cores, including dualcore processors with support fo…
Post a Comment
Read more 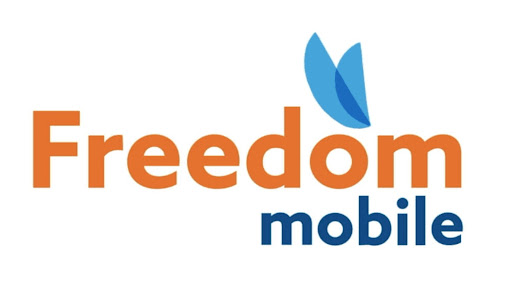 It's Freedom Mobile time!
Canada's Wind Mobile has rebranded Freedom Mobile as it looks to move into a new phase of maturity under new owner, Shaw Communications.

The upside is this: while the orange-and-blue branding remains intact, Wind's transition to Freedom Mobile decouples it from the often-controversial global Wind Mobile brand, and allows Shaw to move beyond the "new entrant" moniker into something that resembles a true competitor to the flanker brands of incumbents like Rogers, Telus, and Bell. It was no coincidence that Public Mobile (under Telus), Fido and Virgin have all been offering extremely competitive 4GB plans in recent weeks.
Freedom Mobile's AWS-3 powered LTE network will launch in Toronto and Vancouver on November 27, rolling out the Greater Toronto and Vancouver areas by spring of next year. Calgary, Edmonton and Ottawa will receive LTE by next summer, and Freedom's entire network will be awash in high-speed wireless by the fall of …
Post a Comment
Read more

Microsoft Is Bringing Visual Studio To The Mac

This week, Microsoft will be hosting its Connect(); conference in New York but the announcements at the event are coming out a bit early. The company has announced today that they will be bringing Visual Studio, to the Mac.
The Mac version of Visual Studio looks similar to that of the Windows version and is complemented by Visual Studio code. But, the similarities are far deeper than the UX, Visual Studio for Mac uses IntelliSense and for refactoring, Roslyn Compiler Platform gets the call.
Compatibility was a key initiative for the first release of this platform and while Visual Studio for the Mac doesn't support every project type, for those that are common across the two operating systems, it uses the same MSBuild solution and project format. Meaning, you can easily share compatible projects from Mac to Windows without any issues.
Visual Studio for the mac is based on Xamarian Studio which means the application already has mature support for C#-based iOS, Android, and Mac deve…
Post a Comment
Read more

Facebook Officially Announces Their Version Of Steam: Gameroom
Ubergizmo  /  Tyler Lee
We recently reported that Facebook is apparently interested in getting into eSports, and it looks like part of their plan has already materialized. The social networking giant has recently announced the launch of Gameroom, a Windows desktop gaming platform that's basically Facebook's take on Steam.Gameroom had existed for quite a while now, but it used to go by different names and existed in a beta. However it looks like it has finally exited beta and is officially known as Gameroom and is available for all users to download, as long as they are running Windows 7 or better. The app will allow gamers to play web, ported mobile, and native Gameroom games.The games will be contained to the app itself, meaning that you won't need to launch Facebook to play it, so if you're after a gaming session without the distraction of your News Feed and friends sending you messages, then we guess Gamer…
Post a Comment
Read more
More posts